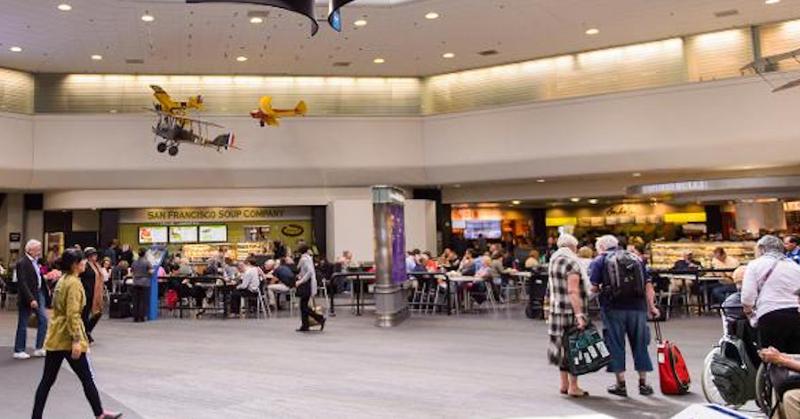 Every restaurant is affected, according to the union. / Photo: Shutterstock

Employees of the 84 restaurants in San Francisco International Airport have walked off their jobs in hopes of driving up their pay, according to the union that represents them.

Unite Here Local 2 said its 1,000 striking workers haven’t gotten a raise in three years and currently earn less per hour than the cost of a typical meal at the facility. The labor group pegged the average wage of the workers at $17.05 an hour.

The Bay Area reputedly has one of the highest costs of living in the nation, with particularly high housing costs.

Every foodservice operation within the airport has been affected, with the strike extending to cashiers, dishwashers, bartenders, lounge attendants, baristas, cooks and servers, Unite Here said.

It noted that the foodservice operations are run by 30 different employers who are negotiating as a group with union representatives.

The union is encouraging travelers to bring snacks and meals with them to the airport so they won’t have to cross a picket line. It’s also warning that the strike will continue indefinitely and that a similar action brought against the Marriott hotel chain in 2018 lasted for two months.

The strike is the latest reflection of hospitality unions’ stepped-up activism over the last year. Efforts are underway to organize Starbucks and selected units of the Chipotle Mexican Grill chain. The collective-bargaining process is currently underway with Starbucks to hammer out new contracts for the more than 200 cafes that have voted to unionize.