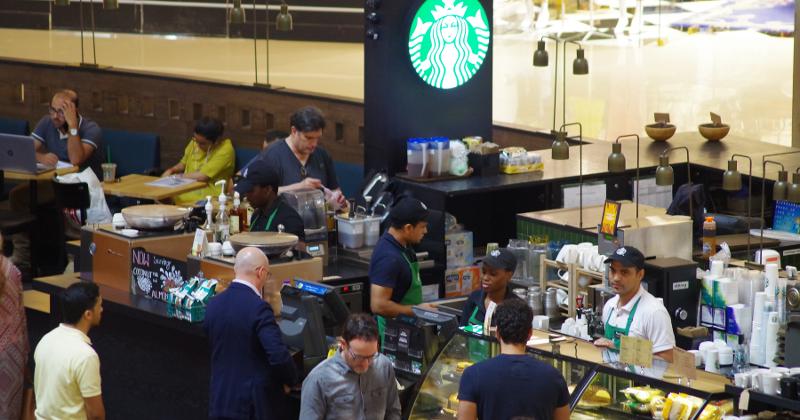 Starbucks said it would pay the travel expenses for employees to have an abortion or gender-affirming procedure if they are not available within 100 miles, making it the first major restaurant company to provide such a benefit as courts and Republican-led states place limits or outright bans on their availability.

The company said employees, their dependents or partners enrolled in its healthcare benefit would be eligible for travel reimbursement for those procedures. The move comes as the Supreme Court appears likely to reverse the landmark Roe v. Wade decision guaranteeing the right to privacy and therefore making abortion legal throughout the country.

Some 26 states appear ready or likely to ban abortion or place limits on abortion should that decision be overturned, according to the Guttmacher Institute, an advocacy organization dedicated to reproductive health rights.

In addition, 15 states have restricted access to gender-affirming care or are currently considering laws to do so, according to the Williams Institute School of Law at UCLA.

Starbucks is joining a growing number of employers that have publicly said they would pay for travel expenses for workers or their dependents who need an abortion, including companies such as Apple, DoorDash and Yelp.

The moves come as support for abortion rights has grown among voters—63% of them told NBC News last week that Roe v. Wade should not be overturned, an all-time high for that question. Some 80% of Americans say that abortion should be legal in at least some circumstances, according to Gallup.

Meanwhile, Starbucks in 2018 broadened its health insurance options for transgender employees to include gender reassignment surgery as well as a host of procedures that had previously been considered cosmetic, including breast reduction or augmentation surgery, facial feminization, hair transplants and other procedures.

The company offers its U.S. employees the option to work with Starbucks Advocates, a team of people who work with employees who help find care in and out of their state.

Starbucks also offers employees mental health coverage, paid parental leave when they welcome a new child through birth, foster care or adoption and reimbursement for the cost for adoption, surrogacy or fertility treatments.

The benefits have become a centerpiece of the Seattle-based company’s ongoing battle with unions. More than 60 of the chain’s company-operated U.S. stores have voted to form a union. “Compare any union contract in our sector to the constantly expanding list of wages and benefits that we have provided our people for decades and the union contract will not even come close to what Starbucks offers,” Interim CEO Howard Schultz told investors earlier this month.