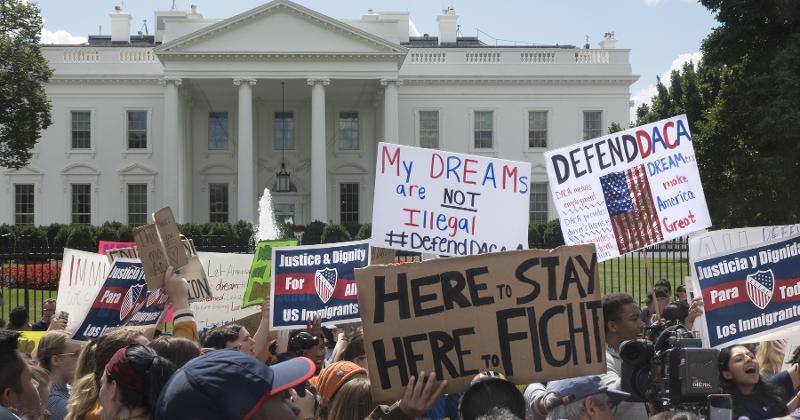 The U.S. Supreme Court has overturned President Trump’s directives to deny work permits to employment-aged immigrants who were brought into the country as children, winning strong praise from a restaurant industry that has traditionally relied on foreign-born candidates to fill its jobs.

The 5-4 decision Thursday morning reverses Trump’s plan to phase out the program called Deferred Action for Childhood Arrivals, or what is popularly known as DACA. The participating youngers are often called Dreamers, as in pursuers of the American Dream.

About 700,000 children of immigrants were protected from deportation and allowed to legally work under the program at the time Trump moved to kill it. Under the policy changes announced by the White House last September, Dreamers holding a work permit would have been denied a renewal.

The National Restaurant Association praised the Court for preserving a portion of the industry’s workforce and a key contributor to its culture of entrepreneurship. “Today’s Supreme Court decision is the validation of the American dream for thousands of restaurant owners and workers, “Tom Bene, the association’s newly installed CEO, said in a statement. “Young people, including Dreamers, have always been central to our industry’s growth and success. As the industry looks forward to the long road of recovery from the impacts of the ongoing pandemic, we know that foreign-born industry employees and leaders will play an important role in our rebuilding. “

Bene addressed the criticism often leveled at the industry that immigrants are stuck with the low-end jobs no one else wants.

“In addition to both front- and back-of-the-house workers, more than 40% of restaurant chefs and nearly a quarter of restaurant managers are foreign-born,” he said. “Their hard work and dedication have enhanced the flavors and variety of the restaurant industry across this nation.”

He repeated the industry’s call for sensible immigration reforms that balance the impact on the labor force against the nation’s concerns about security and limited financial resources. “It is time for Congress to act to find a permanent bipartisan solution for Dreamers and other undocumented immigrants,” he said.

The immediate responses of political leaders seemed to undercut the possibility of a bipartisan solution. President Trump commented via social media, “These horrible & politically charged decisions coming out of the Supreme Court are shotgun blasts to the face of people that are proud to call themselves Republicans or Conservatives.”

Chuck Schumer, the Democratic minority leader in the Senate, said he “cried tears of joy” when he heard of the Court’s decision.

The restaurant industry is one of the private sector’s largest employers.