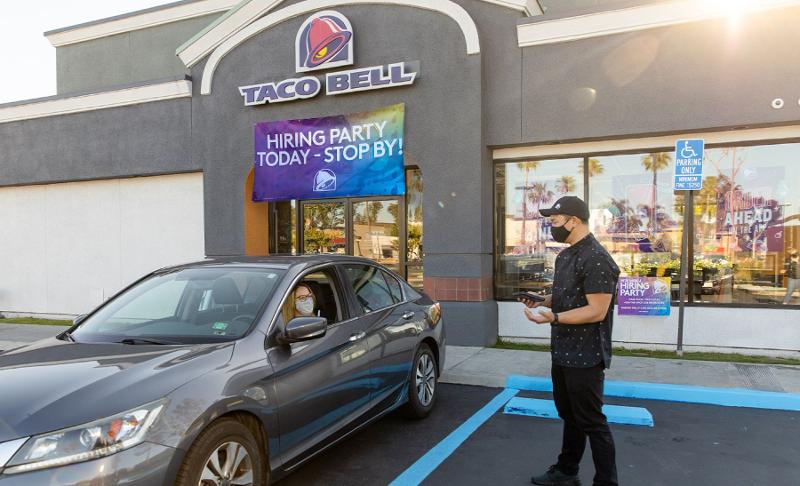 Taco Bell general managers could get up to 12 weeks of paid leave when they have a new child, plus four weeks of paid vacation, under a new set of benefits the company announced on Tuesday.

Meanwhile, the chain plans to hold on-the-spot interviews outside of 2,000 locations April 21 as part of its fourth-annual “Hiring Parties.” The locations hope to hire people for some 5,000 job openings.

“It’s no secret that the labor market is tight, which is why we are thrilled to host our fourth round of hiring parties in partnership with our franchisees,” Kelly McCulloch, Taco Bell’s chief people officer, said in a statement. “The initiative continues to be successful for us year after year.”

The hiring party and the upgraded benefits come as the industry is combatting a significant challenge getting workers despite still-high unemployment.

Mostly, it has driven up pay and benefits. That has included general managers, who are seeing their own pay and benefits get increased as a result. The Texas-based burger chain Whataburger, for instance, just announced a shift in its program turning general managers into operating partners that could make six-figure salaries. The chain also announced some $90 million in “Thank You” bonuses for staff.

Taco Bell has been upgrading its own benefits in recent years, with scholarships for team members, for instance.

Many chains in recent years have been sponsoring hiring events or announcing efforts to bring in workers, largely to help operators fill openings. At Taco Bell, the openings include “bellhops,” or employees who will help take orders in the drive-thru with tablets.

The company this year plans to hold the parties in patio areas. Some people could even take interviews without leaving their car. “We’re eager to welcome prospective new hires into the family and show them why working at Taco Bell can be more than just a job,” McCulloch said.