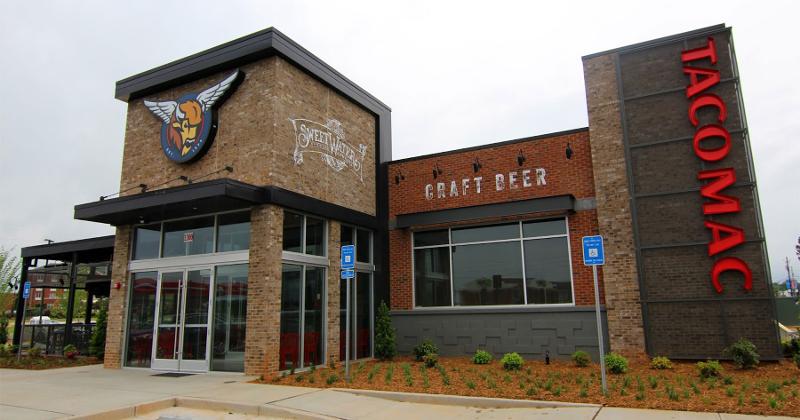 If there’s a downside to being a test case for an alternative way of developing restaurant managers, 27-unit Taco Mac has yet to find it. By signing on for 50 of the initial 250 slots created under a federally sanctioned apprenticeship program, the casual chain has already had its training capabilities assessed without charge, with $50,000 provided to shore up any weaknesses.

The next step is using the availability of a structured path to higher-paying jobs as a recruitment draw, says Mary Lowe, VP of training and development for the Alpharetta, Ga.-based chain. “We can hang our hats on having an apprenticeship program,” and one that’s federally sanctioned, she says.

The Hospitality Sector Registered Apprenticeship program was developed by the National Restaurant Association Educational Foundation and related groups under a grant from the U.S. Department of Labor. The government’s objective is blazing alternate career paths for young people who are not interested in pursuing a formal college education or running up crippling student debt. The industry views the program as a way of landing more management-caliber talent by stressing that candidates can learn and advance as they earn a paycheck.

The program is aimed at developing restaurant managers and professionals, not drawing hourly recruits to the field. The NRAEF and its partners studied restaurant managers to determine what competencies are needed for success at the job. Those skills were codified into a model set of capabilities.

The next phase, which Taco Mac is undertaking right now, is providing the training and soft-skill development to equip the apprentices with those exact competencies. “At the end, the goal is you have a candidate you want to promote,” Lowe says.

Taco Mac was approached last year by the Georgia Restaurant Association about being an early participant in the program. Lowe said she agreed with some apprehension, but then warmed to the process because step one was a comprehensive assessment of the chain’s current training program and management-development capabilities. The NRAEF gauged how effective the processes would be in forging the core competencies needed to manage a restaurant or department.

The program requires that a chain be able to deliver at least 80% of the capabilities, and identifies areas where the applying restaurant employer has room to improve. In Taco Mac’s case, more attention needed to be focused on developing marketing skills, a result of that function being centralized at the home office instead of being shouldered by individual stores.

Under the NRAEF program, a $1,000 grant is provided to employers for each apprentice they employ and train. Taco Mac used the money for the training upgrades and to fund standard training programs such as ServSafe.

Lowe opted for 50 apprenticeship slots for 2018, acknowledging, “I wanted to take advantage of the opportunity.” All 50 posts have been filled with current team members, and more than that number expressed interest in the program.

Taco Mac expects its apprenticeships to last about two years, during which the student worker has a job and earns wages like any other employee. The process may run longer or shorter, depending on the apprenticeship’s individual pace in mastering the required competencies and the knowledge they brought to the process, says Lowe.

The training involves the online courses, classroom time and learning on the job. Taco Mac tracks the apprentices’ progress on all three fronts. About 200 instructional hours are required in total, Lowe says.

By the end of the summer, Lowe intends to work with state and local departments of labor to forge ways of reaching out to individuals who have no experience in the restaurant business but are interested in pursuing a high-paying career.

She warns other chains interested in the apprenticeship program that the first round of paperwork can be daunting. “Do not be overwhelmed when you look at the materials and the legal documentation and the tiny print,” she advises. “I looked at that and said, ‘Wow, this is intimidating!’” The first batch of paperwork included 38 pages of what she terms “legalese.”

But navigating it was easier than she expected. Indeed, the only negative she sees is that the program was created with a sunset date that could kick in if it’s not renewed. “If we don’t market it well enough as an opportunity for the restaurant industry, then we lose,” she says.