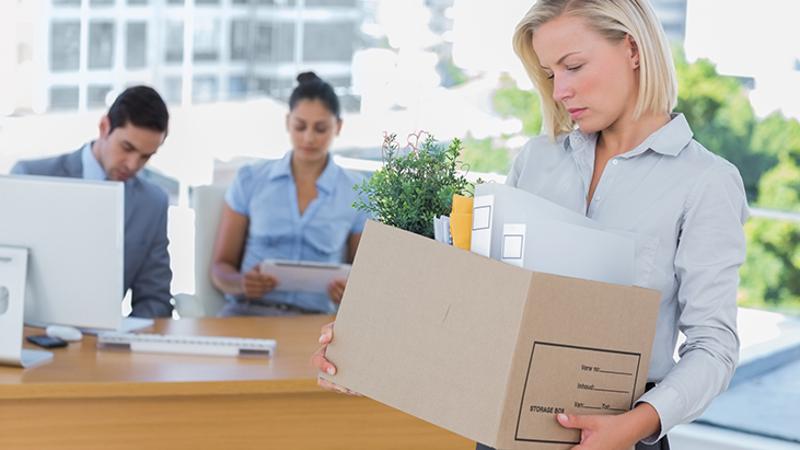 Social and news media heated up in April when a Houston-based Popeyes franchisee fired a pregnant manager after she survived an on-camera armed robbery. The franchisee allegedly canned her for leaving too much cash in the register, an issue she’d been warned about in the past, telling her either to pay back what was stolen or lose her job.

After the incident made headlines, the franchisee offered the employee compensation and a job at another location. Still, the worker currently is threatening both corporate and the franchisee with a $5.5 million lawsuit—a considerably larger sum than the $400 that was stolen.

Unless you’re eager to go viral the wrong way, reality TV shouldn’t be your guide for firing someone. A termination “shouldn’t have to be all drama where everybody knows about it, and it’s a big scene,” says Katrina Wyand-Yurish, director of human resources for Roy Rogers restaurants.

“I can’t tell you how many times employers have asked me to fix problems that they created by acting rashly and without due process,” says Gary S. Young, general counsel for the New Jersey Restaurant and Hospitality Association. He advises employers to take a timeout to review the issues and consider their approach before terminating an employee for any reason, short of physical assault.

It’s better to document and organize a record over time, Young says, “rather than being at risk that some or all of the [employee’s] charges or claims will stick.”

It’s also just the better way to behave, suggests Wyand-Yurish. These are her tips for a professionalapproach to an unpleasant process.

“It needs to be stronger with each passing year,” says Wyand-Yurish. If an employee missteps, write down more than time and day—provide quotes, your responses and any witness details. “And document verbal warnings. If they’re not documented, the associate can plausibly deny they happened,” she says.

Having a second manager present shows a unified front and avoids pitfalls, whether they help keep the peace or take accurate notes. Other times, a decision still has to be made. After hearing the staffer, both managers can discuss and see if the situation should result in a warning or termination, says Wyand-Yurish.

What do you say to other employees when asked about a termination? As little as possible. “I coach our managers to simply reply: ‘We don’t talk about specifics, because you would not want us to talk about your specifics.’” The same stands when companies inquire about an employee’s status, to avoid defamation issues.

Let them leave with dignity

“That old image of people being escorted out the door? You don’t have to do that.” Let them walk to the back for their belongings, Wyand-Yurish says; don’t escort them. Often, she waits for them outside to shake hands and let them know she’s available if they have questions later or need proof of employment. “The way you end that on a positive respectful note, I think, goes a long way with people.”