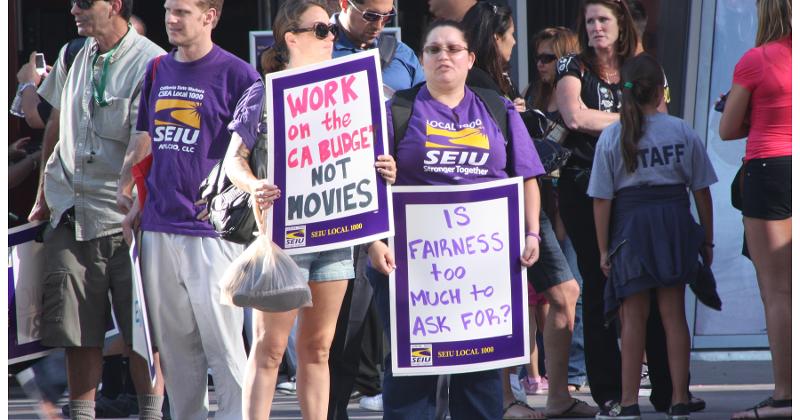 The union credited with pushing California’s controversial fast-food wage bill into law has asked high-level state officials to halt an effort by quick-service employers to kill the measure via a ballot vote.

The California operations of Service Employees International Union, or SEIU, has accused an alliance of fast-food operators and their allies of lying to residents when soliciting signatures for a petition to let voters decide in 2024 if the Fast Act should take effect.

According to the union, professional signature-gatherers hired by the Save Local Restaurants alliance are wooing signers by telling them the petition beseeches the state to raise fast-food workers’ wages.  The message to Californians, SEIU asserts, is that anyone who’d like to boost workers’ pay should get their pens in motion.

In fact, the union says in its formal complaints, Save Local Restaurants and its paid signature-gatherers are aiming to overturn a new wage-setting process that could raise fast-food workers’ pay to $22 an hour next year.

The SEIU said it has video evidence and written testimony to support its accusations. In complaints filed with the California attorney general and secretary of state, it asks the officials to investigate and potentially kill the Save Local Restaurants’ ballot drive.

The alliance responded, “This is another brazen attempt by the SEIU to force a law on Californians that they do not want and that they cannot afford. The Save Local Restaurants Coalition has been vigilant in maintaining compliance with California’s election laws, and this complaint is frivolous.

“We are on track to collect hundreds of thousands of signatures above what is legally required due to the voters’ overwhelming opposition to this misguided law,” it said in a statement issued to Restaurant Business.

The Fast Act sets up the Fast Food Council, a 10-person panel with the power to set wages and working conditions for fast-food restaurants in the state that are part of big chains. Four of the seats would be occupied by quick-service workers and union representatives, with four others allocated to fast-food employers. State officials would be given the remaining two chairs.

It is the first wage-setting model of that sort to be tried in the U. S., though the SEIU has already revealed its intention to duplicate the set-up elsewhere.

The Fast Act permits any California municipality with at least 200,000 residents to set up a local Fast Food Council with wage-setting powers.

Save Local Restaurants was formed by the International Franchise Association, the National Restaurant Association and the U.S. Chamber of Commerce as a Hail Mary attempt to block the Fast Act from taking effect, at least temporarily.  The group intends to gather about a million signatures, though California law requires about 650,000 in this instance, to put a referendum on the state’s 2024 ballot.

If it clears that first hurdle, enforcement of the Fast Act would be suspended until voters decide in 2024 if they want to keep or discard the law.

In-N-Out, Starbucks, Chipotle and other big chains have been donating millions of dollars to the signature drive. Even if the law survives the referendum, those brands stand to save millions in wages because the Fast Food Council could not raise the pay floor to $22 an hour for two more years.

Save Local Restaurants maintains that the vertical climb in fast-food employers’ costs under the Fast Act would drive up food prices throughout the state by 20%.