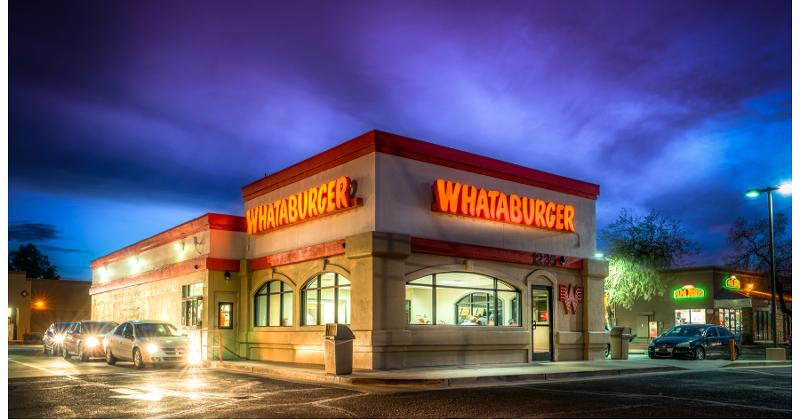 The Whataburger quick-service chain has rewarded its employees for persevering through a difficult year by distributing $90 million in thank-you bonuses, above and beyond its usual financial rewards.

The regional brand also said it is changing the compensation plan of its general managers, in part by sweetening their potential bonuses to 150% of their reward for hitting specified targets. The changes should provide the GMs, now re-titled as operating partners, an opportunity to earn more than $100,000 in annual compensation.

“Operating partners are business leaders who run multimillion-dollar restaurants, take care of their teams, and serve as the face of Whataburger in their communities,” Whataburger CEO Ed Nelson said in a statement. “They are the hearts and souls of our brand.”

The apportionment of additional funds for compensation comes as the Texas-based chain prepares for what its leadership says will be the brand’s most aggressive growth push in its 70-year history. A majority stake in the operation was sold by the Dobson family in mid-2019 to BDT Capital Partners, a bank that invests in family-run companies.

The moves also underscore the lengths some chains are going to recruit and retain employees as the industry rebounds from the pandemic. Darden Restaurants, the parent of Olive Garden and LongHorn Steakhouse, announced last week that it was awarding its hourly restaurant workers a total of $17 million in bonuses because of the extraordinary conditions they faced during the crisis.

Whataburger said the $90 million it intends to distribute will be in addition to doubling the company’s matching contributions to what employees put into their 401(k) funds last year. It also noted that it will continue to provide emergency pay and “Extra Mile” rewards as warranted.

The regional burger chain currently extends to 840 locations in 10 states, with annual sales of around $2.5 billion.

“The past year reshaped how we live, work and play, with the restaurant and hospitality industry being heavily impacted by the pandemic and this year’s crippling winter storms,” said Nelson.  “We wanted to help ensure that our Family Members and their families were taken care of.”