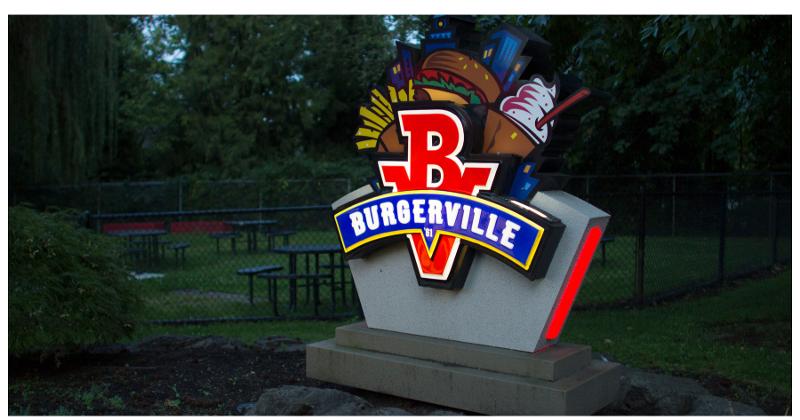 After more than three years of negotiations, the Burgerville quick-service burger chain and the union representing workers at five of the chain’s 39 units have agreed on an employment contract that will determine wages, benefits and working conditions until May 2023.

Although Burgerville is only required to meet the contract stipulations at the five unionized stores, the brand has decided to adopt the standards at all of its branches. The brand employs 800 people in its market area of Oregon and Washington.

The pact with Burgerville Workers Union calls for paying hourly employees at least 25 cents more per hour than Oregon and Washington currently require as their minimum wages, until the brand’s starting wage hits $15. The chainwide average is currently $14.25 an hour, according to Burgerville, which said it started the graduated climb to $15 in 2019, before the contract had been negotiated and approved.

Washington is scheduled to lift its minimum hourly wage to $14.49 on Jan. 1.

Employees’ compensation should rise by another $2 an hour under a requirement that tipping be adopted at all 39 stores, Burgerville said. Employees will apparently share in pooled tips, since Burgerville does not offer table service or a bar. With that provision, the brand joins a small but growing number of limited-service concepts that are attempting to sweeten workers’ pay by adding tipping.

Among the benefits extended under the new contract are paid parental leave, an extension of the time employees can take off because of an illness, and vacation benefits. Details were not revealed.

Also included is a requirement that workers’ shift schedules be set three months in advance to provide some predictability to their incomes.

Burgerville aired components of its union contract—the first-ever for the chain and one of the few known to have been adopted in the fast-food market—as unions are finding success in organizing coffee chains unit by unit. The agreement could be a preview of what Starbucks will face in negotiations with  workers at a Starbucks in Buffalo, N.Y., after they voted two weeks ago voted to be represented by Starbucks Workers United (SWU), an affiliate of the Service Employees International Union.

Before the votes were tallied, SWU representatives said they hoped a new labor contract could be hammered out quickly for the store.  On Monday, Starbucks North American President Rossann Williams publicly promised that the chain would negotiate in good faith with the union. "Our hope is that union representatives also come to the table with mutual good faith, respect and positive intent," she said in a letter addressed to all Starbucks workers and posted on the chain's website.

Six other Starbucks locations are awaiting a go-ahead from the National Labor Relations Board to hold a vote on organizing their own chapter of SWU. One is in Mesa, Ariz., two are in the Boston area and three others are in Buffalo.

A seventh shop, also in Buffalo, is awaiting the board’s decision on a contested election. Employees of another store in the upstate New York city voted against being represented by SWU.

More recently, the owner-operators of three coffee shops operating under different names in the Boston area voluntarily acceded to employee demands to recognize them as a collective bargaining unit affiliated with the group Unite Here.

Burgerville Workers Union is affiliated with Industrial Workers of the World, a labor group that had its heyday back in the industrial boom of the early 20th century. It has been working with Burgerville management to hammer out a new labor accord since June 2018.

The burger chain, which enjoys a cult-like following in the Pacific Northwest, is known in the area and throughout the restaurant industry as a progressive employer. It was one of the first restaurant chains to offer health insurance to all workers.

“We are pleased to approve the nation’s first fast food union contract and look forward to working with all Burgerville employees to be the best restaurant company to work for in the Pacific Northwest,” Jill Taylor, the chain’s CEO, said in a statement.

Update: This story has been updated with input from Starbucks on its expectations and hopes for bargaining with the Starbucks Workers Union.