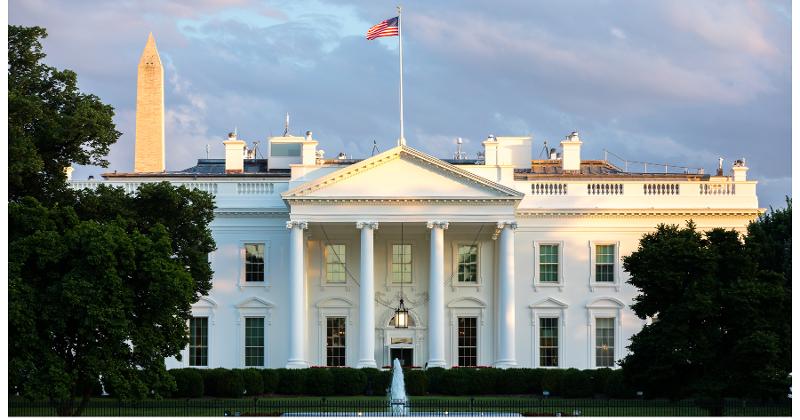 Restaurants and other small businesses whose employees need time off to get their families vaccinated against COVID-19 can now pay the workers for their hours off the clock, courtesy of Uncle Sam.

President Biden announced Thursday that the federal government will pick up the tab for that paid family time in hopes of getting more Americans vaccinated. The measure was one of several aired by the White House to entice more unprotected individuals into rolling up their sleeves and flattening the current spike in new COVID cases.

The federal government has been reimbursing small and medium-sized businesses since April for paid leave provided to employees who get inoculated during work times.

The White House's new push for vaccinations  includes an effort to inoculate children aged 12 years or older through their school districts, a step that could increase vaccinations of teenaged restaurant employees. President Biden is asking every school district in the nation to open at least one pop-up vaccination center for eligible youngsters.

Unvaccinated restaurant workers and guests stand to collect $100 for getting the shots under another aspect of the president’s promotional plan. Biden is calling on state and local governments to provide the reward, noting that funds to cover the expense have already been allocated to jurisdictions under the American Rescue Plan, the $1.9 trillion aid program he signed into law in March.

The White House cited research showing that one-third of unvaccinated Americans say they would change their minds about being inoculated if a cash incentive was offered. It also noted that the Kroger grocery chain raised the percentage of its workers who were vaccinated from 50% to 75% by offering a $100 reward.

Other components of the president’s plan would not have a direct impact on most of the restaurant industry. Biden announced that all federal employees and on-site contractors—some 4 million Americans—will be required either to provide proof of being inoculated or abide by a host of safety measures, including facemask requirements and testing once or possibly twice a week for COVID-19. “The administration will encourage employers across the private sector to follow this strong model,” the White House said in a prepared statement.

In addition, the Department of Defense was directed to draft a plan for ensuring all U.S. military personnel are inoculated.

The federal government is one of only two entities that employ more Americans than the restaurant business does. The other is the healthcare industry, which is being required by a number of states and municipalities to ensure that all of its workers are vaccinated.

The moves come as restaurants find themselves once again caught between public efforts to slow the spread of coronavirus—in this instance, the more contagious delta variant—and what’s needed to sustain operations.

Los Angeles and St. Louis counties have already reimposed requirements that masks be worn inside restaurants and other public spaces. Officials of San Francisco, Chicago and New York City are considering a return to that safety protocol. Many jurisdictions have already issued recommendations that masks be worn again, in keeping with the updated guidelines issued earlier this week by the Centers for Disease Control and Prevention (CDC).

The CDC took the extraordinary step of voicing supporting for private-sector mandates that all employees and customers be vaccinated. A number of local and state officials, including New York Gov. Andrew Cuomo, have similarly championed those requirements.