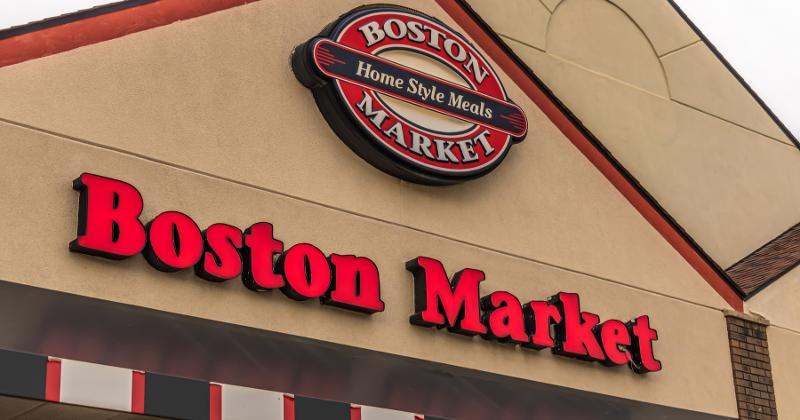 Their Facebook page says, “At Boston Market in Rancho Cucamonga, dinner is always ready,” but that apparently was not the case on Thanksgiving as some of the fast casual’s locations dealt with staffing shortages that have plagued the industry this year.

“We did have isolated instances of being extremely short-staffed in a handful of restaurants last week,” Boston Market CMO Slaton Smith said in an emailed statement to Restaurant Business on Monday.

A sign posted at the 344-unit chain’s location in Rancho Cucamonga and shared on social media and in local reports said, “No employees showing up today … We are unable to fulfill the orders!!! We are sorry!!!”

An enterprising local bakery posted a note below that one, with a phone number to accept orders.

“Yes, Boston market has been dealing with the well-reported labor issues facing the hospitality sector throughout the country,” Smith said. “Despite these challenges, we are happy to report that we successfully served more than 100,000 guests a delicious and high-quality Thanksgiving meal last week.”

The restaurant’s “Happy Thanksgiving” FB post has a number of comments from upset customers, complaining about their missing orders.

Boston Market, which was purchased from Sun Capital Partners by Jay Pandya in April 2020, launched a major hiring initiative early last month, according to Smith. Every department, from marketing to finance to supply chain and legal, was tasked with identifying, hiring and interviewing new restaurant employees.

So far, Boston Market has hired more than 1,000 new workers since the effort began, he said.

The restaurant industry’s staffing shortage has had widespread impacts, forcing some operators to close dining rooms or entire locations, raise wages, and add hiring incentives. Rising labor costs are cutting into chain margins around the country, with some turning to automation to cut down on the need for human workers.

In January, Pandya told RB that his chain was on pace to open two units per week. At that time, it had 326 locations. Given that math, Boston Market should have about 414 open restaurants.