The Great Recession left clear winners and losers in the chain restaurant game. Fast-food places? Burger King wasn’t the only one that could wear a crown. The fast-casual sector fared even better. But old-line family or casual concepts? Stick a fork in ’em. 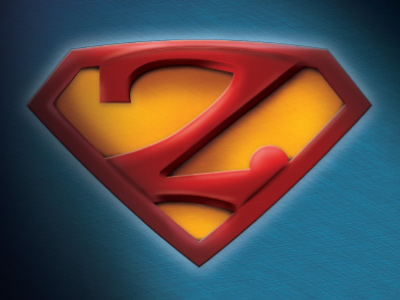 Strangely, the players most deserving of a superhero’s cape pulled a Clark Kent on the business, dodging recognition despite a show of considerable might. Regardless of the segment, franchisees now stand even taller and firmer after the wobble of the economic downturn.

“Absolutely—there’s no success without them,” declares McDonald’s franchisee and 2011 International Franchise Association chairman Jack Earle, who’s not the only zee to be honored with an industry post typically filled with franchisors (Roz Mallet, a Buffalo Wild Wings franchisee, has succeeded BWW CEO Sally Smith as chairman of the National Restaurant Association, and the group’s 2012 Chicago convention will be chaired by Jack Crawford, head of the franchisee group that owns Ground Round.)

“Franchising is maturing as a function in our business,” chimes in Mallet, who was CEO of Caribou Coffee before launching her franchise venture, PhaseNext Hospitality, whose brands also include Smashburger and Corner Bakery. “Franchisors are learning they need to use that asset.”

Here’s why they and others are coming to view franchisees as today’s rock stars:

They can squeeze capital out of a rock, a.k.a. the once-frozen and still-frosted finance community. Partly because of shareholder pressure, partly because of the burden and partly as a stab for faster growth, many franchisors stopped developing their own restaurants right before the recession hit. They also sold hundreds of company-run stores to franchisees, trashing the old rule of thumb that one-third of a chain be corporately managed to give the franchisor considerable skin in the game.

Dine Equity, for instance, has sold about 260 Applebee’s units since acquiring the brand in 2007. The chain is now about 95 percent franchised, and it’s aired the intention of lowering the proportion of company units virtually to zero.

And it continues. Yum! Brands, the parent of KFC, Taco Bell and Pizza Hut, has set a 2012 target of franchising 400 of the fast-food outlets it currently runs. Jack in the Box is expected to refranchise 80 to 120 outlets this year, after selling 332 stores during the fiscal year that ended in October.

For the most part, if more chain stores are going to open, or if older ones are going to be refurbished, franchisees have to come up with the scratch to do it.

“A franchisor can’t grow their brand if their franchisees can’t get capital,” observes Earle. And they are.

By all accounts, credit was drum-tight. Yet the number of franchised restaurants grew last year by 4,620 units for a 2.5 percent increase, according to an IFA forecast. Meanwhile, the industry as a whole was losing about 9,600 units annually, a 2 percent decline, according to the most recent data from NPD Group (covering the period from April 1, 2010, to March 31, 2011.)

“Our principals have a long history in the restaurant business,” says Bill Johnson, UCBL’s senior vice president of sales and business development. “If you look at the portfolio, it was the multi-unit franchise owned and operated businesses that were performing best.

“They are proven operators who have figured out what it takes to be successful in this business,” Johnson explains.

First-time franchisees looking to “buy themselves a job” went bankrupt at a “depressing rate,” he continues. But “there were just as many multi-unit franchisees that not only opened new stores, they thrived over the past three years.” The key reasons, according to Johnson: They had less leverage, better operational knowledge, a diversified cash flow, and a pool of quality talent.

Franchisors know those savvy operators can be their best proxies for lining up growth capital.

“Franchisors are looking for a better quality of franchisee because they can get the lending,” explains Johnson. Because of that self-screening, “are [franchisee] borrowers better than they were? The answer is yes.”

They may also be better site evaluators. Says McDonald’s Earle: “There’s no question I know my market better than my company knows my market.”

When competition’s keen, they have the sharper knives. Part of franchisees’ appeal to lenders is their grasp of what customers want and how to deliver it. “Generally speaking, the guy who’s there every day tends to run a little better of an operation” than a multi-national franchisor of several thousand restaurants, notes UCBL’s Johnson.

When the recession dried up discretionary spending, consumers wanted the best they could get for their money, both in terms of price and the overall experience, including food quality. As a hands-on franchisee, “you can focus on execution,” says Mallet.

The proof is in the numbers. Technomic projected a 2.5 percent increase in limited-service restaurants’ collective sales for 2011. The IFA says the franchised places probably saw double that rate in output growth, or about 4.9 percent. There’s a similar discrepancy on the full-service side: A 2.5 percent sales gain for all places, but a 4.6 percent jump for franchised stores.

Mallet may be new to franchising, but her level of experience, extending back several decades, is hardly novel in that world today. The greater impact of a franchisee on a chain’s success is “being driven by the fact that there are a lot of experienced franchisees out there,” she says.

Five or 10 years might be a long tenure for a corporate CEO, but that’s nothing for a restaurant franchisee. Pete Harman, Colonel Harland Sanders’ first franchisee for KFC, is still in the business some 50-plus years later, with more than 200 stores. Alan Vituli, the long-serving head of Burger King’s largest franchisee, Carrols Corp., has just stepped down as CEO after decades of overseeing the operation. Boddie-Noell Enterprises, a 350-unit Hardee’s franchisee, is run by the same families that fired up the grill 50 years ago.
For the last decade, franchising’s growth “can be attributed partly to the increased understanding of the franchise model and the higher-level of business acumen of franchisees, particularly multi-unit, and in some cases multi-concept, owners,” observes Steve Caldeira, president and CEO of the IFA. “We are clearly seeing multi-unit restaurant owners operate their stores as complex business units.”

The light bulb’s above their heads. Being street-level with customers and competitors makes franchisees a valued source of ideas for chains, at a time when innovation is often the Apple of a restaurateur’s eye. A distinguishing service or product, be it the iPad or the McCafe menu, can be a key sales advantage.

“Maybe it’s no longer a single franchisee coming up with something on his own,” says Earle, who notes that McDonald’s Big Mac, Egg McMuffin and Filet-O-Fish were all the brain children of individual operators. “But they have influence on what’s developed, from a menu as well as a technology standpoint.”

He says that McDonald’s has changed its menu development process to involve franchisees from the ideation stage, a change from the old model of presenting finished products to a franchisee jury. “Instead of having an advisory role, we have more of a collaborative role today,” he says.

That process has led to such developments as the sugar-free vanilla-flavored drink in the McCafe iced latte line. According to McDonald’s USA president Jan Fields, franchisees insisted on the inclusion of a low-calorie option.

Before there was IHOP Express, the pancake chain’s new self-serve growth vehicle, there was IHOP Café, a scaled-down fast-casual riff cooked up by a franchisee.

Mallet notes that PhaseNext’s Smashburger at the Fort Bliss military compound features a full-service bar, believed to be the chain’s first. The company’s BWW outlet at Dallas-Ft. Worth International Airport has a “slightly different” POS configuration. Both franchisee initiatives.

“If we didn’t have a good idea, they wouldn’t have listened,” she says. “But because of our experience, we have a pretty good idea if something will work.”

Franchisees’ lead on innovation is particularly noticeable in the field of green. The franchised Moe’s Southwest Grill in Williston, Vermont, is the chain’s first LEED-certified unit and an acknowledged source of ideas for other sustainability-minded operators in the system.

Subway’s sustainability practices are also being forged by franchisees, with the notion of generating a Chinese menu of green ideas for the whole chain. One of McDonald’s first green outlets, featuring solar panels and other advanced sustainability features, was a 45-year-old store in Riverside, California, run by franchisees Tom and Candace Spiel.

They’re in more stable (if sometimes tense) marriages. Okay, maybe not all franchisor-franchisee relations are the stuff of honeymoons. Burger King and Wendy’s both squared off in court with franchisees over innovations hatched by the home office. (In each case, the franchisor prevailed.) KFC’s franchise association griped to concept chief Roger Eaton in 2010 that eight out of 10 members didn’t trust the home office or feel like they were being treated with respect.

Even McDonald’s, a chain widely admired for its franchisee relations, heard considerable grousing about the rollout of the McCafe line, which required a six-figure investment per store.

“Anytime you add cost to the system, there’s going to be dissension,” says Earle, a McD’s franchisee for 28 years. “But I don’t think there’s a franchisee who’d dispute the success today of McCafe.”

It’s not the only chain to find reconciliation more desirable when times are tougher. Franchisees and franchisors appear to have settled into the stance of an old married couple. Conflict is inevitable, but they’re more adept at pushing past it without harm to the relationship or their mutual struggle.

“There’s a realization you both have the same goals,” says Earle. “It all goes to the profitability of your business.” And collaboration, he stresses, makes both parties a lot more successful than conflict ever does. “You have to work at it.”

One of the goals he’s pursuing through the IFA is making the public more aware of franchisees’ contribution to economic growth.

Mallet says one of her goals as chairman of the NRA is giving “a face and a voice to the small business operator,” a.k.a. the franchisee.

“The restaurant space has been a bit abandoned and beaten up in the last few years,” he says. “Yet there was a whole area in there that was overlooked and successful, the whole area of the franchisee.”