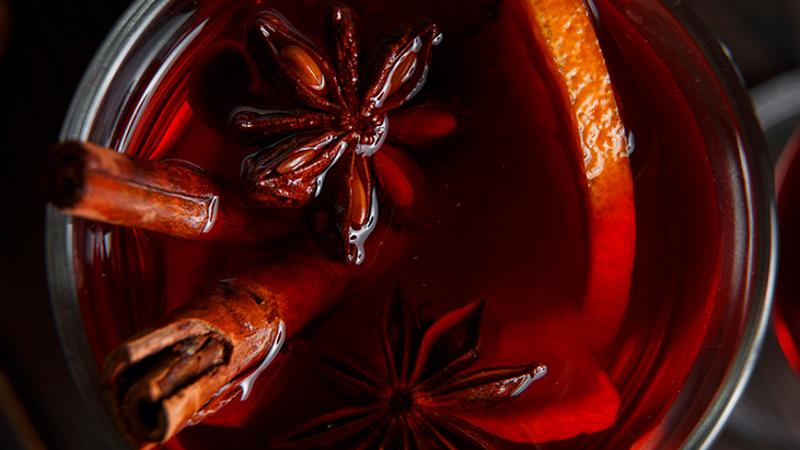 A third of consumers—and 40% of those ages 18 to 34—say their beverage preferences change depending on the time of year, according to Technomic’s Beverage Consumer Trend Report. To that end, seasonal cocktail menus make sense—especially since 29% of consumers say they would pay at least slightly more for seasonal food and beverages. But some operators are going beyond simply adding a hot toddy or boozy cider to the menu, converting today’s trends into cocktails for the winter list.

Hot flavors without the temp

“I love mulled wine; it is one of my favorite beverages during the colder months,” says Nick Bennett, head bartender at Porchlight, the Southern-accented lounge from Union Square Hospitality Group. Instead of the hot variety, though, Bennett created a cold version to appeal on less-than-freezing days and to consumers who don’t crave hot cocktails. The result is the Vinho Quente; the name is Portuguese for “hot wine.” The main ingredient that brings the mulled essence without actual heat: a syrup of reduced French riesling mulled with sugar, cinnamon, allspice and cloves. It’s then mixed with blanco tequila and Douglas fir brandy for a holiday accent.

It’s not the only boozy syrup Bennett has been playing with. He says that he’s seen beer syrups at other bars and is experimenting with them at Porchlight—but they haven’t made it to hot drinks just yet.

One of those operators experimenting with beer this winter—including as a syrup—is Hart Johnson, beverage manager at Piper’s Pub, located in Pittsburgh’s historic South Side neighborhood. To keep with its whiskey bar roots, the bar is blending beer with scotch-based cocktails on its winter menu this year. The challenge, says Johnson, is finding a way to add beer to hot cocktails, because heat kills the carbonation and changes the texture and flavor. His solution is to reduce a dark stout into a syrup, used in a smoky riff on Irish coffee called the Scotch Coffee—hot coffee, heavy cream, stout syrup and a grating of nutmeg.

Innovation on the side

Contemporary Mexican concept Masa Azul in Chicago has been expanding its list of spirits on offer to set itself apart. It started with a wide-ranging list of tequilas and expanded to mezcal, but now there are three or four mezcal-focused bars opening in his area. So owner Jason Lerner widened Masa Azul’s focus from tequila and mezcal to lesser-known Mexican spirits such as sotol, raicilla and bacanora—and found ways to work them onto the winter cocktail menu. “The biggest challenge we face today is differentiating ourselves from the competition,” he says.

To get customers more familiar with those liquors as well as pique their interest in seasonal drinks, Masa Azul’s winter menu lists a spiked version of a traditional Mexican holiday drink—the champurrado, a thick hot chocolate-style drink made with masa, brown sugar, chocolate and cinnamon. It is served with a sidecar of mezcal, sotol or xtabentun, a honey-anise liqueur. Customers can stir in the spirit with the cinnamon stick garnish or sip it on the side. This way, the champurrado can be a nonalcoholic drink as well as offer customers an option to customize easily, Lerner says.