It’s an article of faith that today’s youngsters don’t show the discipline or drive of past generations. But Janet Dukes knows better. As a teacher in the ProStart program of Newport Harbor High School in southern California, she’s training tomorrow’s foodservice talent. The teens she’s seeing are a nudge for old timers to brush up their skills if they intend to remain competitive. 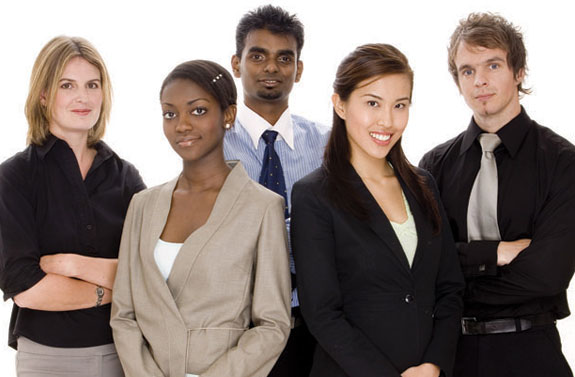 The students just set a new standard in ProStart’s competition component, where squads compete against one another. The best in the state advances to a national competition, where they vie with teams from 41 states.

Newport Harbor not only won, but in both categories of competition, culinary and management. No school has ever dominated that way in the ProStart Invitational competition.

Each team member was rewarded with a $5,000 scholarship.

We asked Dukes to give us a sense of how her potential stars of tomorrow stack up against industry preconceptions.

Some people in the restaurant business say young people entering the field don’t have the same work ethic they did. What do you think of that?

No, I don’t think so. My kids work just as hard as they did in the beginning (Dukes has been teaching the ProStart curriculum since 2001). Maybe part of that is their success. Success does breed success. But they’re very disciplined. They knew what they needed. They’d say, “You know what? We need more work on chicken fabrication.” So I’d buy them 36 more chickens at a time and they’d work on it. They’d practice the whole run, whether it was knife skills or chicken fabrication, plus clean up. You’re talking about five or six hours of work.

How are these kids different from past classes?

They were very coachable. That has a lot to do with it. It’s hard when you’re doing the best you can and you’re still being criticized—“This needs a little work,” “This wasn’t quite right.” You have to be willing to hear that. If they can take that, they can have a great career skill, wherever they work.

How about teamwork? Was that noticeable with this group?

We develop teamwork throughout the whole process. We became a family. It takes five hours just to do a practice session. Sometimes we do that twice a day. They might be there for 12 or 14 hours. I see them more than their parents do.

What skills are you emphasizing today?

A. Knife skills. I always bring in chefs from the outside world to help them on their knife skills. I also expose them to a variety of cooking methods and how to adjust. I have them do a pasta bar so they have to use a single burner, not ovens and things like that. We also focus more today on sanitation and food safety.

You turn on the TV today and you’ll see a slew of reality shows that deal with restaurants, cooking and chef competitions. How has that affected your students?

A lot of times those reality shows aren’t really real. People are getting tired of it. But it has spurred more people thinking of culinary careers.

Has that changed parents’ attitudes? Do they still resist the idea of their kids going into foodservice?

I find that the parents don’t get excited until they see what their kids are doing. We have them come to a practice session when they’re getting close to going to state [competitions], they’re blown away and they get very excited. The parents realize the kids are getting more than just a regular class.

So what would be the ideal career for the kids you’re teaching? What would you most like to see them do?

Essentially, fulfilling their dreams. Whatever it is they want to do is what I want them to end up doing.