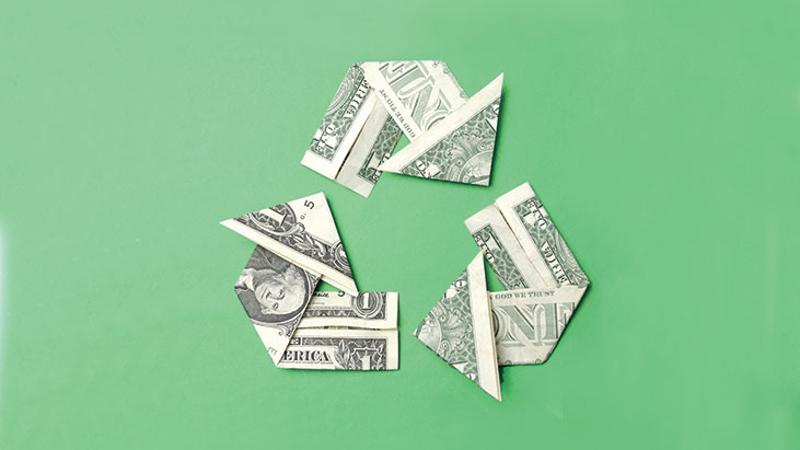 The row of compost bins left outside City Hall in July were a ripe reminder that it’s not always easy being green. Local restaurants, required by Oakland, Calif., to compost their food scraps, were protesting a new municipal contract that raised hauling fees 120 percent.

At the other extreme, Atlanta caterer Affairs to Remember cut its monthly waste bill from $464 to $180, thanks to a recycling program that let it downsize its dumpster. “We went into this program prepared to spend a lot of money,” says managing director Patrick Cuccaro. “As it turned out, we made money on it.”

Recycling can turn out to be a net savings or a net expense, say operators who do it—65 percent of all restaurants, according to the National Restaurant Association. Some cost factors are beyond their control, such as the availability of nearby processors or the going price for a bale of cardboard. What they can control are their own operations. Here, some of their tips to avoid wasting money on waste:

“How you place your bins helps determine your success,” says Mary Carter, managing partner at Founding Farmers, with four casual-dining restaurants serving American fare around Washington, D.C. Recycling is cheaper to haul than landfill waste for the chain, and compost is about equal to trash. So to keep compost and recyclables out of costly landfill garbage, the bins are color-coded and placed in strategic spots—for example, a bin for wine bottles sits by the doorway to the dining room. By contrast, there are no trash cans in sight. Nonrecyclable trash is placed in bus tubs and emptied out back at the end of each shift.

Cuccaro hired a waste-and-recycling consultant who audited his waste, a service included in his monthly consulting fee. The results found that his operation was recycling 83 percent of its waste, enough to cut garbage collection to two days a week, saving almost $300 a month. “We learned it’s smart to measure what you do,” he says. Cuccaro was able to declare in November 2014 that he had diverted 1 million pounds of recoverable materials from landfills—prompting the city to proclaim “Affairs to Remember Caterers Day,” a boost in publicity. “We can trace hundreds of thousands in extra revenue to our green brand,” says Cuccaro.

Carter was able to reduce disposable packaging and overall trash. Instead of separating bulk foods into smaller bags, she puts right-sized utensils at cooks’ stations to measure out ingredients. “We don’t use millions and millions of little plastic bags,” she says.

Carter found that shopping around helps. Her recyclable takeout containers cost just a few cents more than foam. Compost bags made from cornstarch cost a dollar each but encourage composting by making it less messy.

Many restaurants recycle cooking oil from grease traps. But grease also goes up the flue through the hood. In 37 Applebee’s in Northern California, facilities manager Scott Hayman cuts it off at the stack. A compostable filter removes 98 percent of the grease from the exhaust. He now cleans his flues every 20 months instead of six, at a savings of $500 per cleaning. A bonus: Airborne grease no longer congeals on his roofs. “The maintenance costs on the roofs is nil,” he says.