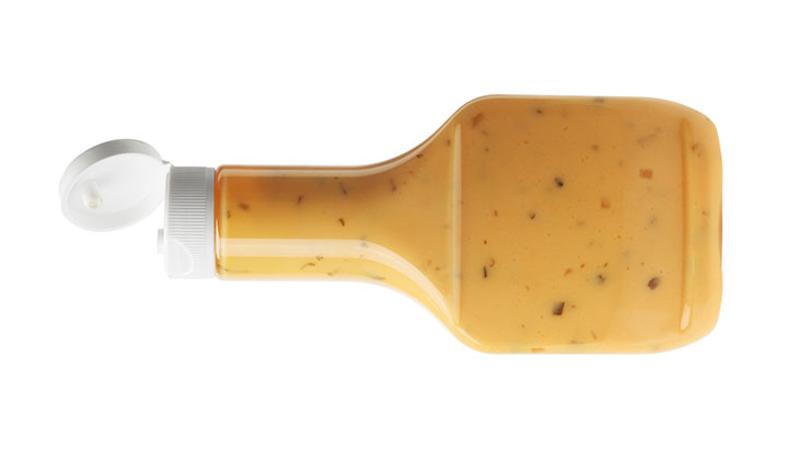 It’s easy enough to crack open a bottle of ketchup or jar of mayo. But as operators push to differentiate themselves and cater to consumers’ growing demand for on-trend food, proprietary menu items—sauces, dips, dressings, etc.—are looking more and more appealing. Working with a supplier to develop items that will add distinctive flavor or a health-forward spin can be costly (especially when it comes to the development time), but for many operators, it’s worth it.

Fast casual Saladworks made the switch from housemade dressings to 17 proprietary concept-branded recipes in an effort to bring consistency across its stores, says Vice President of Brand Services Jena Henderson. “When you have one or two or even five stores, you can manage consistency in your recipes,” says Henderson. “But when you have 108 stores in 15 different states, there can be inconsistencies from store to store. A need for standardization was at the core of why we decided to outsource.”

Henderson took expected steps to find the right supplier, but what she didn’t anticipate was the time commitment. “I wish we had known how long the process takes,” she says. “To duplicate ‘in-store made’ product on a commercial level is difficult.” It took 18 months to test recipes before settling on a final product.

Development with a supplier doesn’t have to be a from-scratch recipe project, though. Rich Friedrich, corporate chef of the PJW Restaurant Group, does use some supplier-made products as is. But he also goes the speed-scratch route for a variety of sauces served in the company’s 13 P.J. Whelihan’s restaurants in the Pennsylvania and New Jersey area. He begins by looking for supplier options that can be easily transformed with a “plus one” ingredient. For instance, Friedrich uses a prebottled ranch dressing as a base and doctors it up for his jalapeno-ranch dressing served with the restaurant’s Southwest Egg Rolls.

While consistency is a major asset for working with suppliers, Friedrich also adds reduced product SKUs to the list of benefits. “We are not bringing in additional products to make the sauces that take up shelf space,” he says.

At P.J. Whelihan’s, using supplier-made products ensures price consistency as well as less waste, says Friedrich. Waste percentage drops when you aren’t making the product from scratch in-house, he says. “You have 100 percent yield; you don’t have scraps or over-pouring or under-pouring.”

While smaller operations may opt to do some menu items in-house—even if it costs more—it doesn’t always make sense. Jordan Cook, director of food and beverage at the Hyatt Herald Square in New York City, which makes its own pesto and tartar sauce, says he doesn’t mess with the standards. “My customers look to familiar brands,” he says. “So I’m not going to be making my own ketchup or steak sauce.”

Like his peers, Cook sees the benefits of reduced costs, lower waste and consistency, but he also points to potential allergens in the kitchen. “When someone is gluten-free or allergic to nuts, it’s nice to be able to serve the packaged goods,” he says.

Still, one consideration for many operators: If they are going to invest the time to create a proprietary recipe, it needs to be able to be cross-utilized to make it “worth it.” Friedrich, for example, says the jalapeno ranch has been used on some LTOs and he’s currently looking at it as a dipping sauce for french fries.