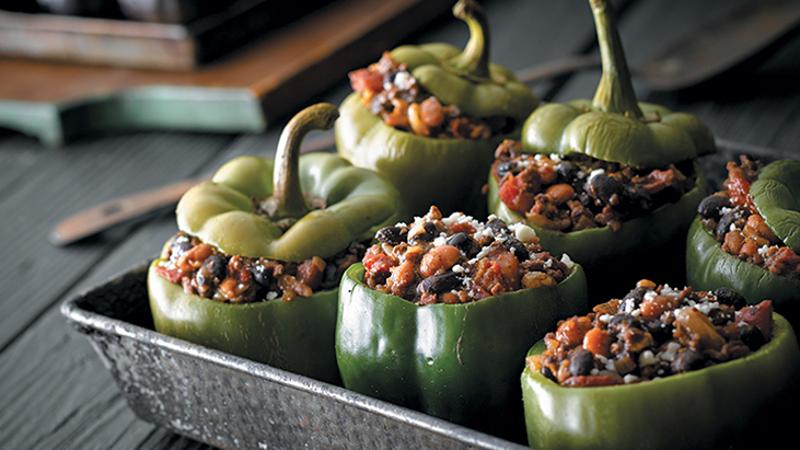 When it comes to the cost of ingredients in foodservice, the big-ticket item is usually protein– especially meats such as beef and pork. Because prices of these bell-ringers often fluctuate, smart operators are looking for ways to increase protein efficiencies on the menu and keep costs consistent.

According to Rob Corliss, founder of the culinary consulting firm ATE (All Things Epicurean) and executive chef of Sheridan’s Unforked, a fast-casual restaurant in Overland Park, Kan., it’s becoming increasingly important for operators to meet customers’ protein needs more responsibly, deliciously and cost-effectively. “These three things are not exclusive attributes—cost control can work hand-in-hand with craveability,” he says. “The key is to use alternatives.”

Premium proteins such as steak and chicken breasts are expensive; seek out lower-cost products like ribs, shank, ground meat and chicken thighs, which are delicious when treated with techniques such as braising. “This opens the field to culinary creativity and provides something delicious and affordable for the customer,” says Corliss.

Open the field to alternative proteins

Meat and seafood aren’t the only proteins around. “Alternative sources abound, including many that are appealing to vegetarians and vegans, as well as adventurous eaters,” says the chef. These options include beans and legumes, dairy products, nuts and more.

Switch the narrative to plant-based ingredients

Make each plate more about vegetables, grains and pulses than meat, poultry or seafood by increasing the portion of plant-based ingredients and decreasing the portion of meat. “This practice is being widely embraced by chefs, and it appeals to customers because vegetables, grains and pulses like beans are ‘story foods’,” Corliss says. “They provide a connection to where food comes from.”

“Protein combinations can deliver big flavor and texture for discerning palates,” says Corliss, pointing to examples such as Unforked’s Porto Pure Burger (an Angus beef patty stacked with a grilled portabello cap) or ground meat mixed with beans, seeds or quinoa to provide additional flavor, body and nutrition. “You can also combine multiple plant proteins such as grains and beans into burgers, salads and side dishes,” he says.

Many of the world’s most on-trend culinary traditions embrace plant-forward specialties, from North African couscous to Spanish rice and beans. “Today’s customers are hungry for the excitement and flavors of ethnic foods,” says Corliss.

According to Corliss, in addition to being cost-effective, protein alternatives confer many other benefits for operators: