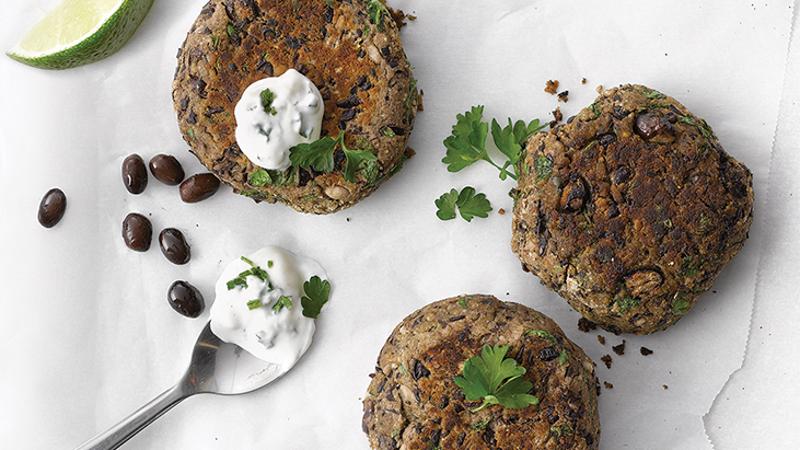 With many consumers looking to lower saturated-fat intake and raise fiber consumption while making environmentally conscious purchasing decisions, plant-based proteins are replacing mainstay proteins on menus around the country.

Vegan is the fastest-growing health claim at fast-casual restaurants, increasing 71% in the last two years, according to Technomic’s 2016 Healthy Eating Consumer Trend Report. What’s more, 61% of consumers say vegan menu items are at least slightly healthier than their animal-based counterparts, the report found.

Ran Nussbacher opened Shouk, an entirely plant-based Middle Eastern concept, last May in Washington, D.C. Since then, he says he has regularly seen lines out the door.

One of Shouk’s most-popular dishes is a veggie burger made with black beans, lentils and chickpeas that’s infused with Middle Eastern spices, tucked into a pita pocket and served with pickled turnips, tomatoes and tahini. Nussbacher, who hopes to expand the concept, also offers a variety of customizable bowls with a base of mujadra—a blend of rice, lentils, caramelized onions and spices.

Flavor is king when it comes to menuing plant-based dishes, he says. Foods need to be craveable, filling and appealing to look at. Invest in high-quality produce, but expect to save a bit on food costs if you’re not purchasing animal proteins, he says.

“People are seeking to eat better, and they understand that incorporating more plant-based foods is the right thing to do, whatever the reason for them,” Nussbacher says. “The customer is there. You just have to give them the option. The plant world is vast; it gives you a lot of room for innovation.”

Here are some creative, plant-based dishes making appearances on menus around the country:
Braised Lentils: This gluten-free starter from TAMO Bistro & Bar at the Seaport Hotel in Boston features beets, balsamic vinegar and goat cheese (and the cheese can be removed for a fully vegan appetizer).