Hattie Hill, president and CEO of the Women’s Foodservice Forum (WFF), announced her upcoming retirement on the final morning of the group’s Annual Leadership Development Conference in Dallas.

Since taking on the role in 2013, Hill has been a champion for gender equality and women in the workforce within the restaurant industry. “WFF has given me the opportunity to champion gender parity in the workplace and introduced me to thousands of talented women who, I have no doubt, will run not only the food industry, but the world, in my lifetime,” she said in a statement.

Red Robin President and CEO Denny Marie Post shared that Hill has pushed the industry to do research that shows both the progress and disparity of gender equality. “That work is helping us create a road map for action,” said Post, also the current WFF board executive committee chair. 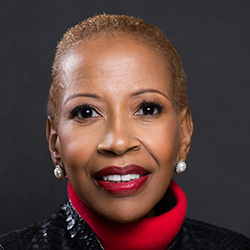 Prior to joining WFF, Hill was founder and CEO of management consulting company Hattie Hill Enterprises and author of a number of corporate books. She’s also a public speaker and current and past member of several boards.

Hill will stay with the leadership development organization, which is celebrating its30th anniversary in 2019, until a replacement is hired.