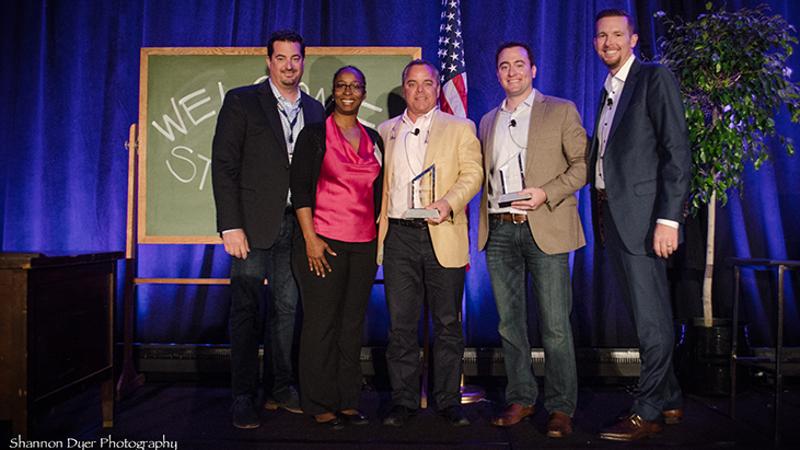 Fast casual’s Piada Italian Street Food and casual dining’s Cooper’s Hawk were honored Thursday by the National Restaurant Association’s Marketing Executives Group and Restaurant Business magazine with 2015 Buzzed About Brands Awards, a recognition of the buzz they have created through social media and marketing.

The awards, now in their second year, were created by MEG to single out chains that have caught the attention not only of consumers, but also their peers in the industry. Also factored into the selection are the candidate’s approaches to generating new business.

Columbus, Ohio-based Piada has been closely watched by the industry because of its popularity among consumers. Operators praise the operational innovations that deliver fresh, customized Italian sandwiches and pastas quickly at tabs around $10 per person.

Countryside, Illinois-based Cooper’s Hawk is often cited by other casual-dining operators as a brand that has differentiated itself in a sector prone to sameness, in part through an ambitious wine program.  It does not maintain a marketing budget.

CEO Chris Doody of Piada and Tim McEnery of Cooper’s Hawk both were on hand to accept the awards and share their insights about differentiation, growth and connecting with consumers during a panel discussion.

Both men acknowledge that the most creative marketing efforts won’t be successful without an innovative brand behind them. “It’s more about the food, design and whole experience and genuine hospitality,” said Doody, who also founded the Bravo Brio casual dining chain with his brother Rick. “If we take care of our guests coming in, word of mouth is going to drive our marketing strategy.”

To stand out from the competition in fast casual, Doody said, his approach with Piada has been to take a little of what casual dining does very well and do that in fast casual. “What we’re really trying to create is a fine fast casual segment,” he said.

“Modern casual” is the term Cooper’s Hawk ascribes to its restaurant-retail-winery hybrid, which aims to differentiate itself with a proprietary, tiered wine club designed to attract both novice and sophisticated drinkers. Membership in the club has grown from 1,400 in 2006 to 130,000, due first and foremost to the quality of the wine, McEnery says he’s learned from customer surveys.

But a little prompting doesn’t hurt, he told the room full of restaurant marketers at the MEG conference. “If you were to look at our P&L, our advertising and marketing line is zero,” said McEnery. He says Cooper’s Hawk, instead, focuses on what grabs people’s attention. “[Everyone’s] trying to weave people’s daily patterns into the restaurant,” he says. “We do that with the monthly wine club,” he said, giving people a reason to come back into the restaurant.