Characterizing an entire demographic on the basis of research can be an oversimplification, but big data does have its merits. Every research company worth its (margarita) salt has described millennials as trend-seeking consumers looking for that next new thing, including behind the bar. In fact, a post on Chicago researcher Technomic’s blog describes millennials, particularly women, as “highly inquisitive, experimental and influential consumers of adult beverages.” And because of that, it’s a key demographic for the future makeup of the bar menu. 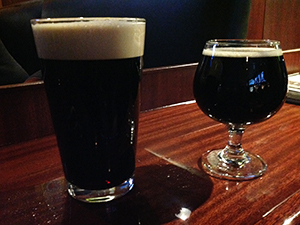 Well, ready for a secret of what that next thing very well might be for millennial women? Alcoholic root beer.

For now, local breweries are the ones putting out the boozy blend of sarsaparilla and carbonation—but those local concoctions have caught fire. My cohorts and I have spent many a night hopping bar to bar looking for our favorite local alcoholic root beer. Friends, both men and women, who planned on booze-free dinners out have tacked on an order of alcoholic root beer when they see it on the menu. It’s an instant draw that many millennials have a hard time passing up, thanks to the combination of nostalgic flavor and alcohol.

Many independent operators in the Chicagoland area have embraced the ripple, taking advantage of the fact that many millennials will opt for an $8+ pint of alcoholic root beer versus that $4 light brew, or worse, that no-cost water. Further, these ahead-of-the-curve operators have realized that millennials search and go out of their way for this offering on the bar menu, so they’ve found ways to market it via social media or draw attention to it on the menu.

Elsewhere, though, especially in mainstream casual restaurants, it seems like operators just now are trying to catch up with the cider craze. Not to say that the popularity of cider will die down, but it’s no longer a point of differentiation. Everyone from the corner bar with just six taps to the big national chains with a slew of offerings have at least one cider option on the menu.

So here lies a main problem for operators trying to have a millennial draw. Restaurants, especially chains that have many hoops to jump through in the menu-change and buying processes, don’t move quickly enough. Waiting for the big brewers to put out their own version is too late. By then, the trend will be passé, and operators looking to capitalize will be behind the curve, no longer appealing to those experimental millennials seeking out the next big thing.