This week: Chick-fil-A has a poor choice of words for a party tray promotion. Nutella gets mad at a burrito chain. A Manhattan restaurant embraces Instagram. And others continue to wrestle with cell-phone bans. 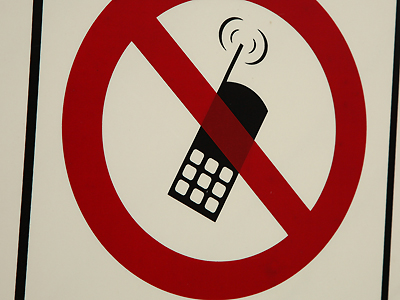 Idea #1: Offend gays. In light of recent inflammatory statements from their boss, Dan Cathy, a Chick-fil-A restaurant outside Atlanta is catching heat for a recent promotional flyer that reads: “Only a Fruitcake wouldn’t love our party trays.” Cathy made headlines and incited protests earlier this year for making public statements in opposition to gay marriage. Local news affiliate WXIA says gay activists have taken offense at the wording. Chick-fil-A released a statement saying, "This is an advertisement that a locally owned and operated restaurant has been using for the past five years to promote Chick-fil-A's catering options during the holidays. It was simply a play on words referring to the traditional holiday food, and the restaurant had no intention of offending anyone whatsoever. We regret the flyer may have been taken out of context."

Idea #2: Stop using Nutella. After selling a yogurt and Nutella milkshake for the last 14 years, New England-based burrito chain Boloco received a cease and desist letter from Nutella’s Italian manufacturer. According to Boloco chief executive John Pepper, the company doesn’t have a problem with restaurants using its product, they just "don't endorse the use of Nutella or the Nutella brand in frozen beverages."

Idea #3: An Instagram menu. The new Manhattan Latin-American restaurant Comodo noticed its patrons snapping lots of food shots and uploading them to Instagram. So they’ve added the hashtag #ComodoMenu to the bottom of the menu directing patrons to photos other customers have taken.

Idea #4: Ban cell phones. At the other end of the spectrum are the restaurants looking to ban cell phones outright. Here’s a rundown on a few strategies, including one from a deli in Burlington, Vermont, that posted a sign warning customers they will be charged an extra $3 "if you fail to get off your phone while at the counter. It's rude."