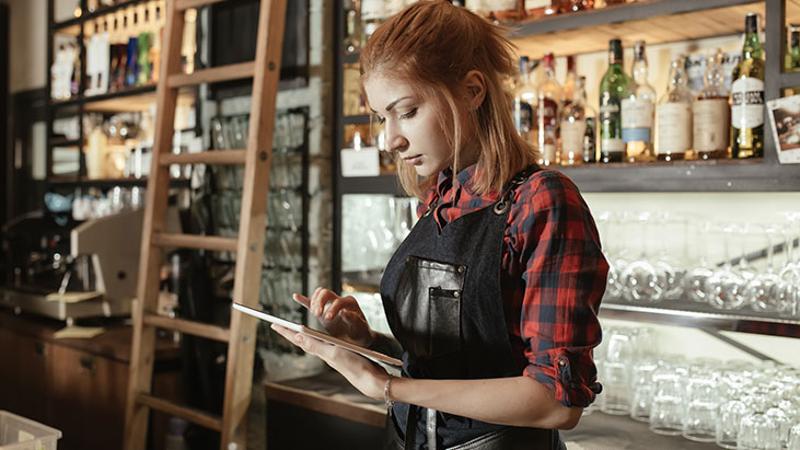 Just when operators thought they had adjusted to working with millennials, Generation Z is on deck and getting ready to hit the workforce.

Gen Z is defined as being born in the mid-1990s to early 2000s and came of age in a time when iPads were everywhere, all mobile phones were smartphones and social media was a way of life.

They’ve witnessed the debilitating effects of excessive student loan debt on millennials and are factoring cost and debt into their education decisions. They’re connected, they’re aware and they know that they are responsible for creating their own career path.

So, how are they different from the millennials who came before them, and Gen X who are now becoming restaurant managers? More importantly, as a restaurateur, what does this mean for hiring in your restaurant and working with this next generation of workers?

They are focused on their dream job.

In a recent study comparing Generation Z to millennials, Generation Z stated that finding their dream job was more important to them than finding a job that paid them a lot of money. They have their eyes on the prize, and they want to get to it quickly. They are less interested in peeling potatoes while they work long hours paying their dues in the kitchen. They went to culinary school, and they want a job putting those skills to use doing something they’re passionate about, even if that means for less money.

When looking at potential restaurants to work in, they are going to be looking for places where they can have a career and not just a job. Offering additional training and a path for advancement could be more appealing than simply a higher wage. They are thinking long-term and want to see an opportunity for growth. Along with development, they want feedback and input along the way.

They are not afraid to job hop.

In an industry already known for one of the highest turnover rates, operators already know that keeping good talent can be a big challenge. For Generation Z, the thought of three years at a job sounds long, and they don’t see a negative in hopping from employer to employer to find the right fit. Hanging on to the talented employees will be harder to do, especially if you live in a place with a competitive restaurant scene.

They want equality and transparency.

Generation Z didn’t have to get used to social media or less privacy—they don’t know any other way. They are more aware than any other generation of income inequality and wage gaps.

They are also comfortable talking about topics that previous generations deemed off limits. Millennials have paved the way for salary transparency, and Generation Z is following their path. Talking about money doesn’t make them squirm, but knowing they’re getting paid less than their counterpart for doing the same job does.

Whatever side of the healthcare debate you agree with, one thing everyone can agree on is that how Americans get healthcare is changing. There was a time when most people could only get health insurance through an employer, and employers were incentivized to offer health benefit packages.

As Generation Z enters the workplace, they know they have options. They can buy their own health insurance, and it may even be cheaper. What do they value over health benefits? Flexibility. Granted, the nature of the restaurant industry is different, and flexibility can be hard to deliver. However, if you can come up with a way to accommodate some type of flexibility, it will go a long way toward keeping good employees.

They aren’t motivated by competition.

Creating an environment in your restaurant that is “kill or be killed,” with a ruthless sense of competition, isn’t going to motivate this generation. If millennials are known for an entrepreneurial spirit, Generation Z has a collaborative one. This includes collaborating with higher ups. They want mentors and coaches, and expect to learn from the people they work for or with. They aren’t interested in a toxic environment; they want to be inspired by their leaders, and eventually become leaders.
Generation Z will no doubt make an impact on the workforce in ways that we can’t yet predict. However, getting a sense of their experiences and motivations will help your restaurant as it starts to hire its next generation of employees.

So now you know the generation, what now? Learn how to best train them here.