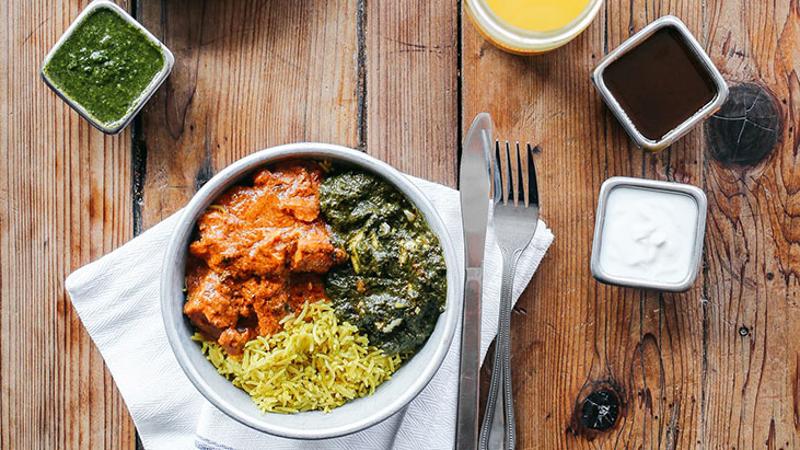 Curry Up Now, the string of food trucks and fast-casual restaurants in the San Francisco Bay Area, has purchased Tava Kitchen, forming what Curry Up principals say is a single operation poised for rapid growth.

The resulting company will consist initially of four Curry Up Now food trucks; five brick-and-mortar upscale fast casuals operating under that name; two Mortar & Pestle bars, both attached to Curry Up Nows; and three Tava Kitchens, according to an internet search.

One of those Tava Kitchens, in Alameda, Calif., will be converted into a Curry Up Now, the buyer said. That location will also serve as a menu development lab and training facility as Curry Up Now grows.

The operators of Curry Up Now—Akash Kapoor, Rana Kapoor and Amir Hosseini—said they will adopt the kitchen process of Tava Kitchen to “standardize and simplify food processes.”

“With this acquisition, we are confident that we will be able to combine our vision of Indian food and a fantastic guest experience to grow the Curry Up Now brand worldwide,” said CEO Akash Kapoor.

The fast-casual segment has been the fastest-growing sector of the restuarant business, with sales increasing by 8% during 2016, according to Technomic.