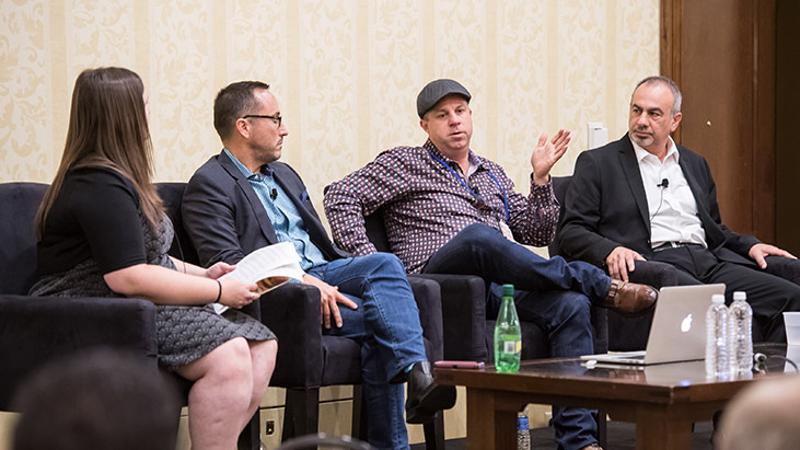 A powerful thought-provoker for restaurateurs facing the daily challenges of the business is the notion of "what if"—what if this were available, that was possible or the choices included a different option? If they could script reality, how would it be different? What would be on their wish lists?

The answer wasn’t difficult to glean this week because of the FARE Conference in Dallas, where grab-and-go operators from across the foodservice landscape gathered to share best practices and download research about where the industry is headed. The heady dose of reality was tempered by repeated airings of what ifs—the specifics on restaurateurs’ wish lists. Here’s what they wished was happening in regard to regulatory issues, technology and operating costs.

Restaurateurs will figure out how to contend with changes in labor regulations and costs they’ll foist on the business, said Michael Mabry, COO of the Mooyah fast-casual burger chain. It’s just a shame they don’t have more time to do it, he and other operators agreed. The speed of changes in overtime regulations and the scheduling changes they will trigger is coming too fast, they noted, observing that they have just five months to figure it out.

Asked specifically what technology they wish were available to them, 53% of operators said they would use predictive ordering technology if it were available, said Hudson Riehle, senior VP of the research and knowledge group at the National Restaurant Association. Anticipating what customers want before they order—and judging when a rush might come in—could be a game changer, both in terms of drumming up more business and scheduling labor.

Berge Simonian, founder and CEO of fast casual Salata, said he's had many headaches trying to get different tech components (and their vendors) to talk to each other. Cue the communal groan from the other operators on the Lessons from The Future 50 panel. Loyalty, online ordering and more are run by different suppliers whose systems do not seamlessly integrate even with the POS systems they provide, never mind the tech of other vendors. And that means a lot of back-and-forth, time-consuming conversations, with the operator in the middle. “I know more about APIs than I’d ever thought I would,” said Mabry, referring to the simple custom-written programs that enable the missing communication.

In a monthly poll, the NRA asks operators what is challenging them at that moment. Currently, the biggest issue restaurateurs are up against, according to Riehle, is recruitment and retention. The issue with labor pool is two-fold, said Michael Rypka, founder of Torchy’s Tacos: finding good talent and then keeping those staffers when the other concept down the road is offering 50 cents more an hour. Having a good culture that employees buy into is a big piece of keeping employees today, he says, but competitive wages still play a role.

“We all want endcaps. But there are only so many endcaps in ‘A’ locations,” said Mabry. Panelists Rypka and Simonian agreed—the competition for high-visibility locations is fierce—and operators who want the top spots must be willing to pay. Salata is facing rents in some areas of more than $40 per square foot, when Simonian believes it should be in the $20s, he said.

It’s no secret that consumers—especially millennials—want to know everything about their food, including exactly where it’s from and how it was produced. Precise tracking takes on even more importance in the event of a food safety problem, when an operator has to know where a tainted product may be in the supply chain.

Traceability—following food from the source to the plate—is the major benefit tech can deliver to supply chain managers, agreed specialists in that field from Papa Murphy’s, Dickey’s and Zoe’s.

Some operators, though, are sticking to on-the-ground methods for now. Torchy’s Tacos, for example, performs audits on its suppliers to make sure they are up to snuff and following proper procedures, said Rypka. He says the chain has specific acreage on farms growing exclusively for Torchy’s, so he knows exactly in which row on which farm a specific piece of produce was grown.