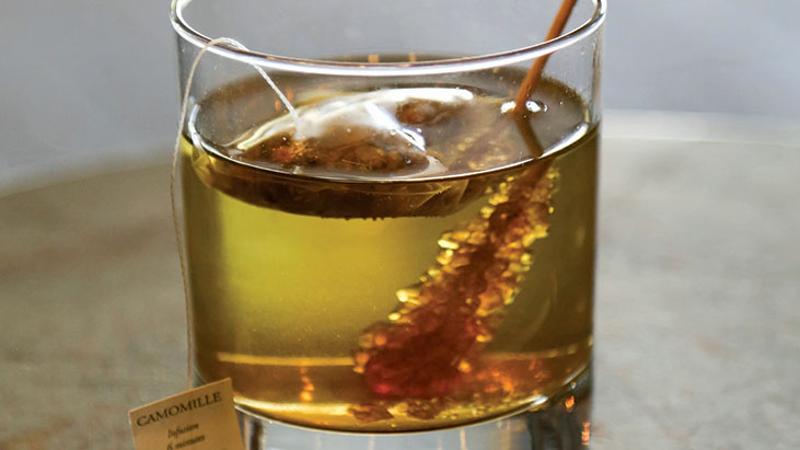 Bringing a whole new meaning to “tea party,” mixologists across the country are adopting teas—from basic black to herbal—as all-natural mixers. Not only does the trend satisfy consumers’ ever-growing thirst for new spins on cocktails, incorporating tea into the bar program is a low-cost, low-labor  option, say mixologists and restaurateurs.

Tea is among the fastest-growing ingredients in spirit-based beverages at chains, rising by nearly a third in the past two years, according to Technomic. Bottled sweet-tea-flavored vodka, introduced by several spirits brands in the last five years, may have turned customers on to the idea, but now mixologists are experimenting with tea as a flavoring element in handcrafted cocktails, in the form of tea tinctures, bitters, syrups and other infused spirits.

Brian Landry, executive chef at Borgne in New Orleans, incorporates tea into his Honeysuckle Hottie ($12) and has found the blend of hot chamomile tea and honeysuckle-infused vodka to be a profitable way to differentiate the winter cocktail list. “When the weather turns cool, which in NOLA is a very short season, warm cocktails are very well received by our customers,” Landry says. “Most people are used to hot buttered rum and some of the richer cocktails, so a hot tea-based cocktail is a light, refreshing way to add a warm cocktail to the mix,” he says.

Many teas boast complex flavor profiles, eliminating the need for artificially flavored mixers and allowing the bar to limit the drink to a few ingredients, Landry adds. “That keeps the costs down and customers appreciate our using a natural product,” he says. “There also are business advantages to cross-utilizing product that we are already sourcing. It helps us control costs.” As the weather gets warmer, Landry anticipates sales will rise for his cold tea-based cocktail, the Canary Island Ice Pick ($9), a blend of mint tea, honey rum and lemon.

The green tea is steeped in vodka in-house. “Steeping the tea ourselves is a way to get a lot of flavor without extra sweetness,” says Reilly. There also is the advantage of quality control. “The infused spirit can be batched ahead at the beginning of the night to save labor and promote consistency,” he says.

At Red Owl Tavern at the Hotel Monaco in Philadelphia, lead bartender Kyle Dorrow recently introduced the warm Winter Julep ($13), a spin on the traditional mint julep, blending mint tea with bourbon, mint syrup and lemon juice. Dorrow appreciates the efficiency and low cost of using tea as a mixer. “Making tea is faster than squeezing juices, for example, and it is something that any staff member can handle,” he says. And “when it comes down to my costs, tea is the cheapest mixer. Plus, customers see it as adding more value than, say, soda water.”