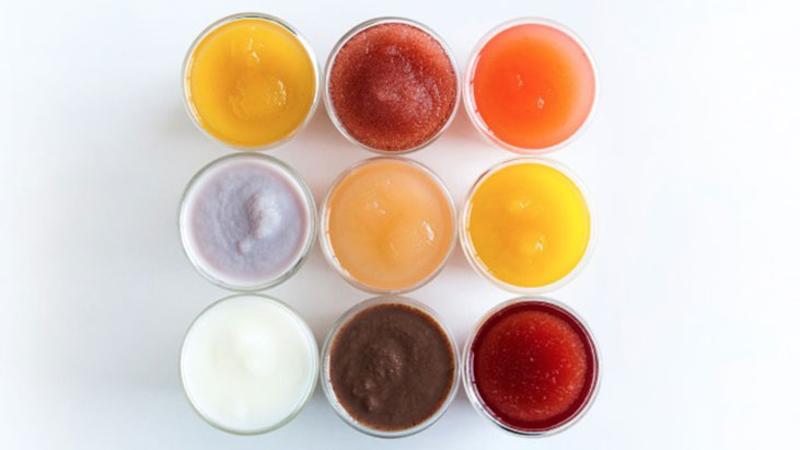 With summer in full swing, bars and restaurants are luring customers with a wider and more creative selection of frozen cocktails. Mostly gone are the neon-colored sugary drinks that earned spiked slushies a bad rep when they first hit the bar scene. Mixologists now are crafting frozen drinks with new formulas, techniques and tools. And operators are selling them beyond the hot-weather season.

According to Technomic’s consumer tracking of adult beverages, frozen drinks represented 19% of cocktails consumed in the first quarter of 2016. While the bulk of those are the expected frozen margaritas and daiquiris, according to Senior Principal David Henkes, you can generate more consumer interest by also adding takes on trending cocktails, he says.

When Jerry Nevins and his partners opened Snow & Co. five years ago in Kansas City, Mo., they were the first spot there to offer craft-quality frozen cocktails. “That was a gap we filled,” he says. There now are two locations, each offering 12 frozen cocktail creations priced from $7.99 to $11.99.

Many of the drinks are icy riffs on classics, such as the Frozoni (negroni) and the Rockefeller, an old fashioned made with cherry-infused rye. Freezing tends to dull sweetness and tamp down the aromatics, Nevins says, so his recipes include higher proportions of flavor ingredients and added sweetener; the latter also creates a smoother texture. Water is added to make up the dilution that cocktails usually get when they are shaken with ice. One thing he’s had to consider in the process—too much alcohol and the mixture will never freeze; too little and it will freeze solid.

Nevins started with a few big-volume hopper machines, but they were expensive even secondhand. He switched to three-gallon, small-barrel slushie machines that were faster and easier for staff to handle, he says.

From spring through fall, 80% of sales at Snow & Co. come from frozen cocktails. In colder months, Nevins helps keep sales above 60% by offering weather-appropriate flavors, such as frozen eggnog and spiced pumpkin, as well as a frozen shandy made with spicy winter ale. “These are no colder than an ice-cold beer, and people still eat ice cream in January,” he says.

The Take Two is served in an etched martini glass and garnished with flowering mint and a throwback paper straw, a presentation that catches other diners’ attention. The icy drink is featured year-round on the dessert menu as a digestif ($6) but also can be ordered at the bar for $12. And some tables order the digestif along with dessert, bumping up average checks.

The bar looked beyond the blender to craft the cocktail. Pope uses a machine that shaves micro-thin layers off frozen blocks of food or premixed drinks, producing ultra-fine purees. (The machine is cross-utilized for sorbets, mousses and sauces.) Because of the advanced prep, the process eases labor, too. After freezing a batch of fernet, elderflower liqueur, simple syrup and lime juice for 24 to 48 hours, the bartender shaves the mixture and it’s held in a freezer for service.

Sake Slushies
Tanaka San, Seattle
On the Asian-accented menu are four Sake Slushies with floats of liqueur and bitters.

The Daily Shave
Cochon Volant, Chicago
A boozy snow cone variation; feathery ice is shaved from a block with a special Japanese tool.