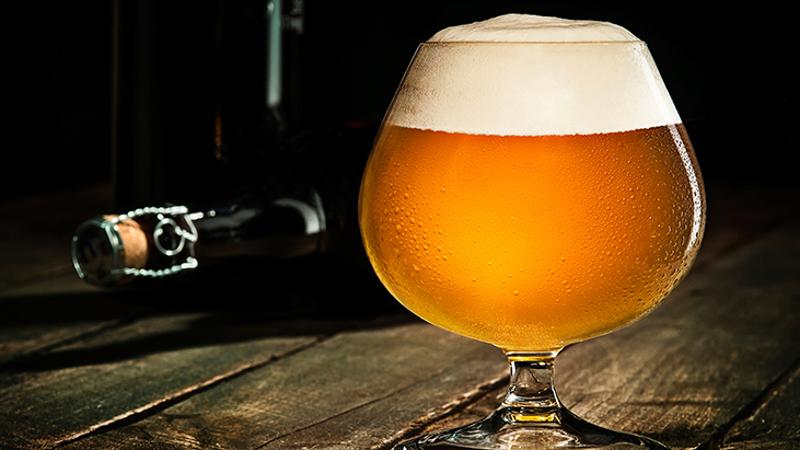 The largest categories in beer—light and regular domestics—both lost volume in 2014, while craft beer and hard cider each posted double-digit increases in sales, reports Chicago research company Technomic. Although operators do have customers who are loyal to the beer they drank in college, there is increasing demand for smaller-batch beers, seasonal brews and those with a local pedigree. In fact, 55 percent of craft beer is now consumed in restaurants and bars, says Technomic.

Tapping into the trend

“As demand for craft beer has increased, we have seen beer’s percentage of sales rise over the past three years,” says Gerald Pulsinelli, vice president of wine and spirits for Firebirds Wood Fired Grill, a polished-casual chain based in Charlotte, N.C. Each of its 36 locations sport six draft handles; managers can fill two of those taps with local craft beer in tune with guest preferences, which are very regional, says Pulsinelli.

Bottle selections also have moved up with the craft tide. Three years ago, Firebirds’ selection was just a dozen bottles, now that’s more than doubled to about 30, and of that, 35 to 40 percent is craft beer. “We have seen a steady increase in our clientele asking about our craft collection, whether it be seasonals or local brews,” says Pulsinelli.

The business advantages for Firebirds are numerous, says Pulsinelli. Craft beers drive guest frequency, “and our selection helps us overcome any veto vote,” he says. Although craft beers are priced about 20 to 25 percent higher than domestic premium beers at Firebirds, that hasn’t dampened sales. “Guests understand the value of craft and its higher price point,” Pulsinelli says.

To further upsell beer, Firebirds recently launched its Bar Bites and Beer Pairings menu. As a marketing hook and flavor enhancer, craft beer  also is used as an ingredient in some of the food items. A soft pretzel, for example, is served with housemade beer cheese and the duo is paired with a seasonal draft.

Although the most popular calls at Old Chicago Pizza & Taproom are the high-gravity beers at 8 percent-plus alcohol, “session beers” are emerging on the chain’s menu. Session beers are lighter brews, defined as having an ABV below 5 percent, meaning guests can comfortably drink more of them during a single session.

“While those big beers are all great, there are occasions where customers want to spend a few hours enjoying multiple beverages, and session beers let you do that responsibly,” says Jason Murphy, brand manager for the Broomfield, Colo.-based casual-dining chain, part of the Craftworks’ empire. This year, during March Madness, for example,  he promoted session beers to guests who spent four or more hours watching a marathon of games on the bars’ TVs.

“We’ve seen an uptick in sessionable styles from brewers, and I do think bars and restaurants are interested in them,” says Bart Watson, chief economist for the Brewers Association.

The business advantage to low-alcohol sessionables is that they cost less to brew than higher-gravity beers, because the malt bill is lower—a savings brewers can pass on to operators. “For us, session beers are typically going to be a lower-cost keg,” says Murphy. “The nice thing about craft session beers is that you can typically charge the same price as you would for a higher-cost keg, leading to better margins.”