The coffee cafe segment continued its growth trajectory in 2019, with sales totaling $33 billion—an increase of 7.3%. At the top are coffee giants Starbucks (No. 2) and Dunkin’ (No. 8), but smaller chains are making their mark. Two of these—Philz Coffee and Blue Bottle Coffee—moved into the Top 500 for the first time, at Nos. 459 and 473, respectively. And another concept, Scooter’s Coffee at No. 307, experienced a 28.7% surge in year-over-year sales. These smaller players won’t catch the big guys—nor do they want to—but they are finding success by filling a niche. 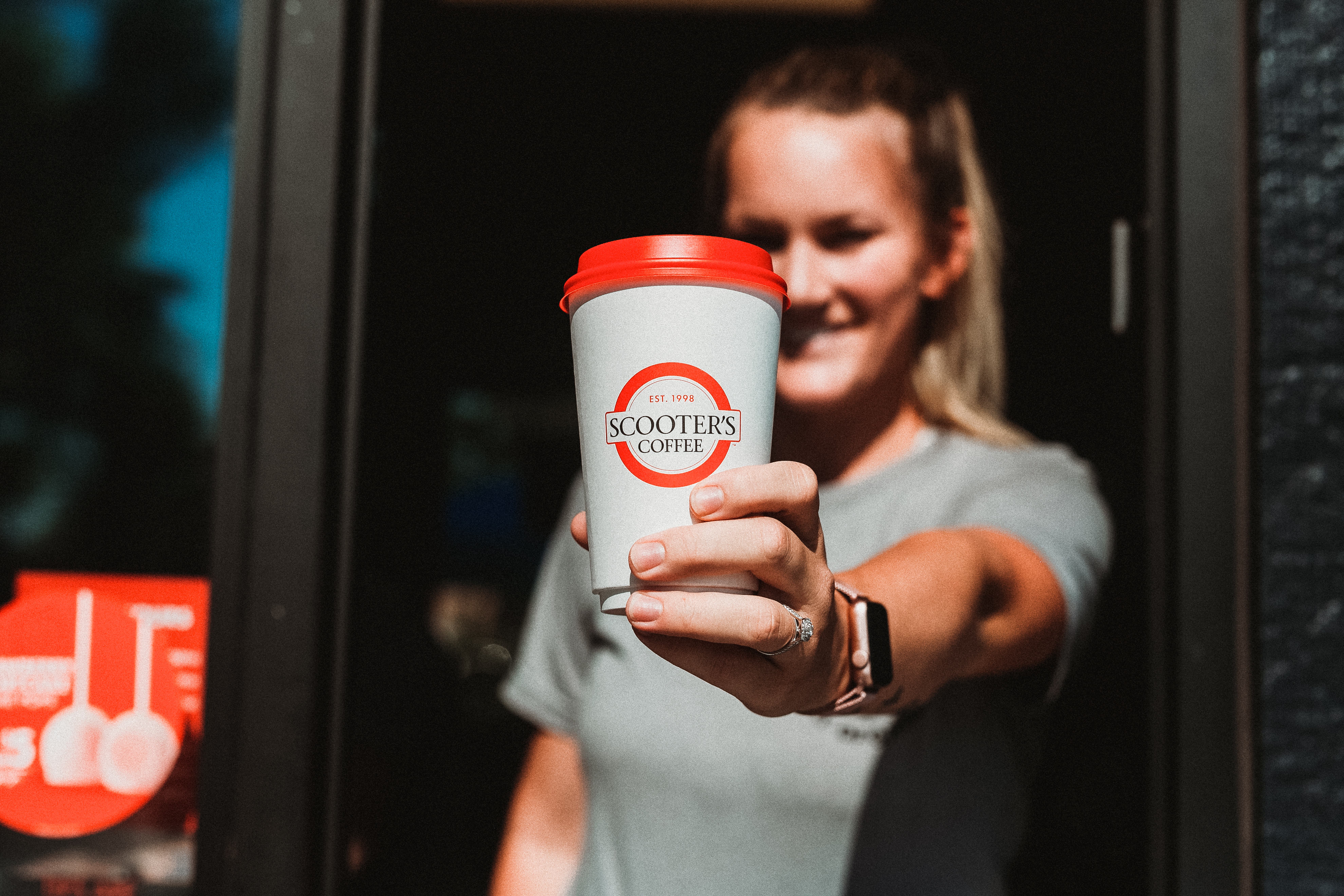 “The coffee marketplace is monstrous,” says Tim Arpin, VP of franchise recruitment for Scooter’s. “You can be a first mover or a disruptor. Scooter’s is firmly in the disruptor role.” The 272-unit chain is also firmly rooted in its drive-thru model—a model built on speed and consistency. “Speed is our differentiator,” he says.

Arpin contends that 50% of America’s coffee is purchased via drive-thrus. When customers pull up to Scooter’s, the wait is only 40 seconds before they drive away with their order. The chain’s training, menu and software platforms all execute on that speed, he says. To further expedite the process, Scooter’s is piloting an order-ahead platform using beacon technology. “As a car approaches the drive-thru, the beacon will pick up a signal and have the coffee ready at the window,” Arpin says.

In addition to speed, the company thrives on its culture. Core values of integrity, love, humility and courage are written on every store wall and ingrained in employee and franchisee training programs, says Arpin. With its drive-thru format, Scooter’s was fully operational during the coronavirus crisis, and those values helped “to deliver a point of normalcy during a very abnormal time. We have a clear vision of what we do well,” he says.

Like Scooter’s, Dutch Bros. Coffee (No. 79), focuses on what it does best: building relationships in the communities it serves. “From the beginning, Dutch Bros. strived to be a force for good through outstanding customer service and killer coffee, as well as our unique culture and core values,” says Lance Risser, VP of field operations. Sales rose 15% in 2019.

Dutch Bros. is also a drive-thru concept, but builds those relationships through what it calls “Dutch Luv.” “Our ‘broistas’ [servers] are known for their energy,” says Risser. “Customers who come through can expect rockin’ music and outstanding personal service at all locations. We attract people who want to radiate kindness in everything they do and encourage them to grow through unique company experiences.”

One of those experiences is an annual learning celebration at the company’s Coacha event. Each year, thousands of broistas gather to learn, get to know each other and hear how they are appreciated. Dutch Bros. also offers many resources to help employees grow professionally and personally.

That culture is coupled with community support. Through the Dutch Bros. Foundation and local franchisees, the company has donated several million dollars to local communities and nonprofit organizations. All of these connections work together to attract both customers and employees to the coffee cafes.

Differentiation in the cup

The coffee itself also counts as a differentiator, as is the case with Philz. Rather than serving the conventional coffeehouse menu of espresso, lattes, cappuccinos and mochas, baristas brew one cup of coffee at a time, using a pour-over method that allows guests to customize their order. This personalization elevates a cup of coffee to a whole different level.

The quality of the coffee drives sales at Blue Bottle, too. There, the coffee also is brewed one cup at a time, and both customers and baristas focus on the flavor in that cup. The coffee beans are sourced directly from growers around the world, and there are no specialty drinks. While variety and seasonal LTOs may appeal to many consumers, there is a growing group of coffee connoisseurs seeking quality and simplicity.

Feds take aim at high meat costs, but for the long range