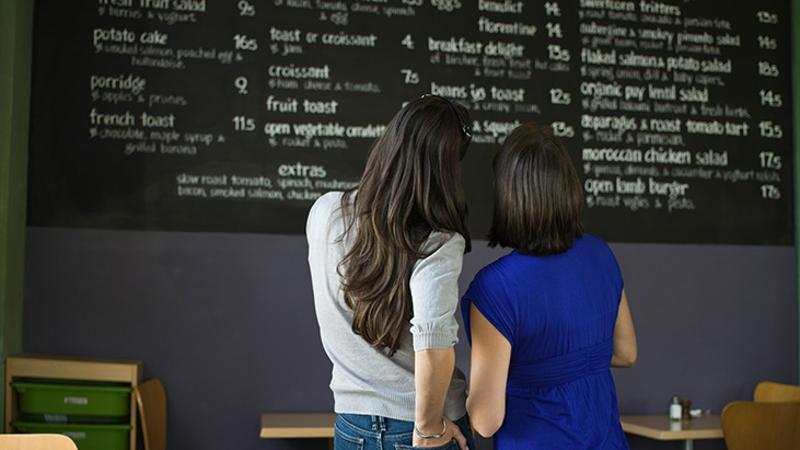 For today’s consumers, menu transparency is no longer optional. Diners of all ages demand to be informed about what’s in their food and where it came from.

In fact, 86% of all consumers call for menu transparency and 72% say they’re more concerned about additives in their food than in 2014, according to Technomic’s 2016 Healthy Eating Consumer Trend Report.

Providing clear information about where food is sourced and ingredient claims—for example, no artificial preservatives, flavors or colors—builds consumer trust and adds to the awareness that food is healthy and fresh. It’s also a practice that drives purchases.

Restaurant operators have responded, upping their efforts towards menu transparency, as well as increasing health claims. Gluten-free menu mentions, for instance, jumped 75% from 2014 to 2016, according to Technomic’s 2016 Future of LSR: Fast Food & Fast-Casual Consumer Trend Report.

The good news for restaurant operators is that transparent menu practices can apply to both better-for-you and indulgent items. What’s more, transparency can give even the most-indulgent fare a healthy boost.

Fast-casual chains promising better-for-you fried chicken continue to grow, offering poultry that is antibiotic- and hormone-free and, in some cases, locally raised. Some 40% of consumers say natural claims on menus would make them more likely to purchase food at fast casuals, according to Technomic’s 2016 Future of LSR: Fast Food & Fast-Casual Consumer Trend Report.

Numerous brands have taken much-publicized steps to clean up their menus in recent years:

The clean and transparent labeling trend shows no signs of slowing down. Expect to see more suppliers offering “free-from” ingredients as consumer demand continues to expand.

Litehouse Foods offers a premium line of dressings that is free from high-fructose corn syrup, as well as artificial flavors, colors and preservatives. Litehouse also produces dressings that are gluten-free, certified organic and non-GMO.