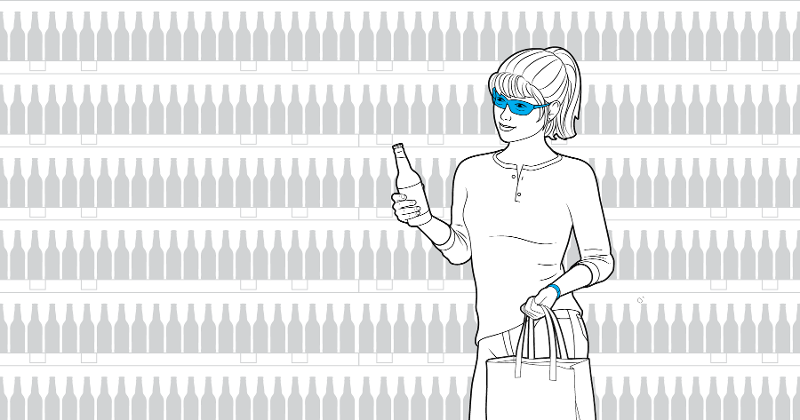 What will the American food consumer look like in 2030? Demographically, it’s unlike anything the country has seen before.

By 2030, all baby boomers will be older than 65, with 20% of the population at retirement age, according to the U.S. Census Bureau’s 2017 National Population Projections. “The aging of baby boomers means that within just a couple of decades, older people are projected to outnumber children for the first time in U.S. history,” said Jonathan Vespa, a demographer with the U.S. Census Bureau. This is projected to occur in 2034.

However, boomers won’t age like past generations because they are aging in place, meaning they are remaining in their homes instead of going into nursing homes, says Laura Gurski, senior managing director and global lead of consumer goods and services for Accenture, a global professional services company based in Dublin. “They will be a shopper that will have similar needs to the younger generations in that they will be looking for something personalized, good nutritional value, something that is already prepared and easy to heat up or maybe even arrive hot,” she says.

The decade of 2030 is projected to be transformative, because the population is expected to grow at a slower pace and become more racially and ethnically diverse. For example, children under age 10—who will become young adults and consumers by 2030—have no majority race. Those identifying as two or more races is expected to be the fastest-growing demographic for the next several decades, with single-race Asians and Hispanics of any race following. The percentage of the population identifying as white will continue to fall, while those identifying as Hispanic will continue to grow.

Demographics is only one piece of the puzzle of who will be the food shopper of the future. Other forces will influence the way people look at and consume food. The biggest, of course, is technology, which affects generations differently. By 2030, much of the population will be what Simon Anderson, futurist and founder of Venture Foresight, identifies as digital natives, or those who have always had access to computers and the internet and therefore rapid change is the norm for them. (Older generations are digital immigrants who have had to learn technology in adulthood.) Therefore, younger generations will be more accepting of coming changes.

Anderson identifies artificial intelligence (AI) as one of the biggest trends in the food industry, and it will greatly affect how consumers interact with food. This has led to what Ernst & Young,  a professional services firm based in London, calls the Smart Consumer, who will use AI to optimize everything, including what they eat. AI bots and smart home services will perform consistent purchases, and people will trust them to make the right decisions, said Kristina Rogers and Andrew Cosgrove in their recent report for Ernst & Young, Eight Forces That Will Shape the Future Consumer. This means people will become even more engaged for the items that they actually shop for, such as food.

Gurski of Accenture notes that people in the coming years, particularly younger consumers, will morph more into a prosumer, which means they “don’t simply ‘consume’ a brand’s product or service. Instead, they weigh up all the information from every interaction: the communications they see and read, the design ethos, their direct experience with the brand, their engagements with employees, as well as the product or service itself. These prosumers take all this information and process it to evaluate their broad perception of a brand.”

What this means is personalization and individualization are going to be table stakes. Consumers will make their own rules about what they consume, says Robert Byrne, senior manager of consumer insights for WGB sister date company Technomic, Chicago. It will become more difficult for food purveyors, because people will say, “I make the rules for me, the individual, and I can therefore break the rules whenever I want, however I want,” Byrne says.

Advances in wearables and nutrigenetics that allow consumers to customize a diet that is ideal for them will be possible, “but there will be two categories of people that are going to care about it,” Gurski says. “I think there are those with a health condition, like diabetes, for example, they are going to take the time to pay attention to that. Then you go back to the subsegment of people that really care about organic and they can afford to do that.”

While the knowledge will be there, human nature can’t be discounted, Byrne says. He notes that currently 84% of the population doesn’t follow any diet whatsoever, and the data doesn’t point to that changing. “The shift is not going to be so seismic or so massive,” he says. “Ultimately, people crave and want to eat comfort foods like french fries.”