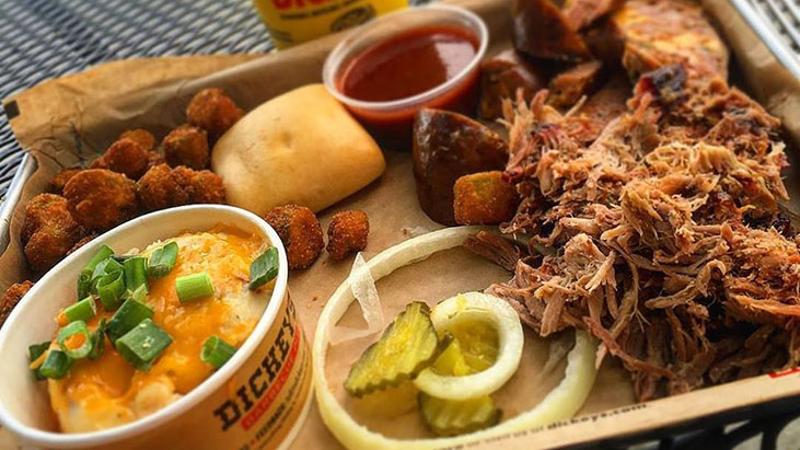 The Dickey’s barbecue chain is marketing a batch of meals this spring as middle-ground options falling between garden-variety takeout and catering orders.

The packaged meals are aimed at customers who want more than a regular carryout meal, but not enough to justify a full-fledged party-sized platter or bulk order.

Dickey’s is offering three sizes. The Picnic Pack is intended to feed two to four people, with a pound of meat, two sides and four rolls. The Family Pack promises to feed four to six people, who can pick two one-pound servings of meat, three sides and six rolls. The largest option is the XL Family Pack, with three one-pound servings of meat, four sides and eight rolls, or what Dickey’s says is enough food for six to eight people.

All are sold with a pint of barbecue sauce, plus pickles and onions.

The chain is touting the suitability of the packaged meals for such occasions as family reunions, graduation parties and picnics. It also suggests that the bundled orders are an easy way to eat at home without having to fire up the oven.

The packaged offers can be ordered online or in stores.