The industry’s division over the feasibility of pending menu labeling rules was underscored Tuesday when an alternative plan was put forth with the support of a newly formed restaurant trade group. 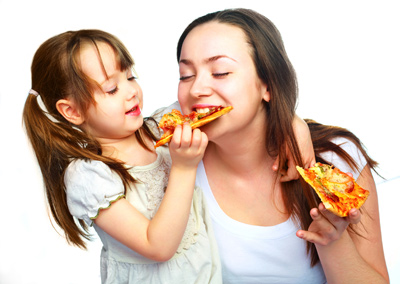 The American Pizza Community, which says it presents small pizzerias numbering in the hundreds of thousands, was formed a few weeks ago in part to oppose the labeling mandates contained in President Obama’s omnibus healthcare reform law. Those requirements are supported by the National Restaurant Association, which was urged by national chains to accept a federal mandate rather than leave them to contend with a patchwork of state, county and municipal laws.

At the Restaurant Leadership Conference in March, which is presented by Monkeydish.com’s parent company, NRA chairman Roz Mallet explained that the association also believed its support would counter an impression the industry says no to everything proposed on Capitol Hill.

The group said the measure is more reasonable for a pizzeria than the federal mandates. Rules for the latter have yet to be finalized, but the law calls for posting information on menus and menu boards.

The APC points out that a high percentage of pizza orders are delivered; the customer never sees a menu board. A more feasible alternative, it says, is the Common Sense bill’s stipulation that nutrition information could be provided in a different way, such as via a website.

The bill would also allow pizzerias to provide nutrition information for a single slice rather than the whole pie. Calorie counts for a whole pie can be well into four figures.

The APC has criticized the pending federal mandates in particular for failing to address the variables of their products. With different crusts, topics, pie sizes and toppings, the options available to customers can number into the millions, it says. The Common Sense bill would allow them to provide nutrition information for some of the options, instead of for finished pies.

The NRA, the industry’s largest and most powerful lobbying group, has not responded publicly to the APC’s support of the Common Sense bill, nor on the bill itself.

However, the group has been aggressive in lobbying to overturn the whole Obamacare measure, formally known as the Patient Protection and Affordable Care Act. The measure’s employer mandate, requiring all businesses over a particular size to provide healthcare to employees or pay a per-person fee, has been blasted as a cost that will break many restaurants.