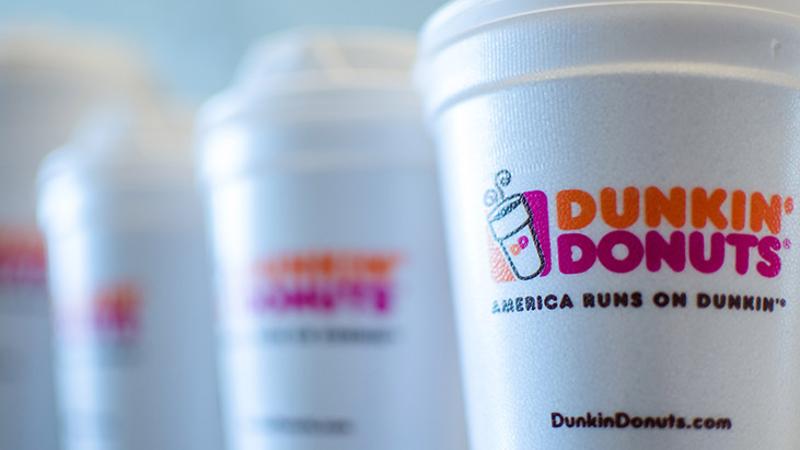 After boasting for years that America runs on Dunkin’, the franchise powerhouse is fundamentally changing to keep up. A menu that reverses years of pushing beyond doughnuts will be in place within more than 1,000 units by October, and a new format will be adopted next year to help transform the baked goods specialist into a “beverage-led, on the go” brand, in the words of President Dave Hoffmann.

The chain is even testing a new name—“Dunkin’,” without the “Donuts”—to reflect its recast.

Hoffmann’s descriptions suggest the brand intends to recast itself as a down-market alternative to Starbucks—without the emphasis on lunch options. Indeed, said Hoffman, among the products to be dropped are “afternoon sandwiches,” as opposed to breakfast versions, along with some varieties of bagels, muffins, cookies and danishes.

The untouchables include signature doughnuts and “classics” like Dunkin’s bacon, egg and cheese croissant sandwich, Hoffman noted, declining to provide investors with the exact number of products that will be cut.

He also stressed that new products will be added to the menu, and cited the instance of a new bargain-priced selection, the 2 for $2 Wake-Up Wrap breakfast option.

A Dunkin’ spokesperson declined to say how the scaled-down menu has been received in the 300 stores where it’s currently being tested. But she commented, “Our customers told us that our menu was too complex and confusing.”

Hoffmann was similarly mum about specific changes in Dunkin’s equipment and operational modifications.

“We've talked extensively in the past about our six-part strategic plan to transform Dunkin' into a beverage-led, on-the-go brand,” said Hoffmann. “Now we are bringing that plan to life at the restaurant level.

“We believe structural initiatives such as the simplified menu will help our franchisees reduce labor turnover—a major concern in the labor market, obviously—and allow them to focus on the basics of fast, accurate and friendly service,” he continued.

Hoffmann did reveal that drive-thrus will be made available in 85% of the chain, and all franchisees will be offered the option of adding curbside delivery.

Dunkin’ will also pursue more off-premise business by adding a catering program systemwide. Many Dunkin’ franchisees have already added the service on their own, Hoffmann acknowledged.