Sunhui Chang is building one of the smallest restaurants in Oakland, Calif. When it opens in early 2012, FuseBOX will have a focus on Korean fare with a casual atmosphere. Chang, owner and chef, was planning on using city business development money for the project. “As the politics changed and economy got worse, the development money disappeared,” says Chang. That’s when he turned to Kickstarter, a crowdfunding site that harnesses the power of many small donations from lots of different people. 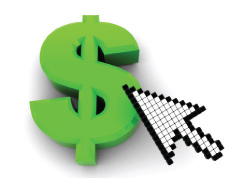 Kickstarter is the biggest of a breed of sites that lets artists and business owners place their projects in front of the world and collect donations to make them reality. Kickstarter’s twist is that projects have a deadline. If the funding goal isn’t reached, no money changes hands. About half of Kickstarter’s projects are successful. That’s over 15,000 funded projects so far, some of which are restaurants. Other crowdfunding sites include RocketHub and IndieGoGo.

Getting started with Kickstarter is a fairly simple process, but it requires a lot of thought before applying. The application calls for a description of your project, what rewards you plan to offer and what your goal is. Kickstarter reviews the application and will let you know if you’re in. Once accepted, you can work with Kickstarter’s online guide to build out a project page. This includes topics like making a video and handling project updates. Once your project goes live, it’s up to you to promote it and drum up the support needed to make your goal before the deadline.

Kickstarter won’t take on just any project. Matt Semmelhack, owner of AQ Restaurant & Bar in San Francisco, was denied the first time he tried to launch a Kickstarter campaign. “Kickstarter was pretty clear when we contacted them for the project that it had to have a strong creative side. They have strict standards,” says Semmelhack. He revamped his proposal to highlight the unique aspects of his restaurant and was accepted. “We have a heavy creative side to our restaurant. We change the decor of the restaurant with the seasons,” he says. He also focuses on a local, seasonal menu. Projects that are likely to attract passionate grass roots supporters are the best fit for Kickstarter, which takes a 5 percent commission on successful projects.

Semmelhack set a Kickstarter funding goal of $25,000 to supplement SBA funds and private investors that had already put up money. A good Kickstarter page requires creativity and crafting enticing rewards for donors at different monetary levels. “I mostly looked at successful projects and picked out the pieces that we could emulate,” says Semmelhack. One of the most popular rewards was a brick with the donor’s name on it. Sixty-seven backers gave $25 each to be a permanent part of the decor. “It’s not charity. These are good deals. We priced it fairly and made fun rewards,” says Semmelhack.

Chang exceeded his $15,000 goal. He attributes the project’s success to creating a sense of fun and delving into fascinating behind-the-scenes details about the restaurant. “Creative details, like making tofu molds, stir the imagination,” he says. “Let people know who you are, rather than take a generic route.” A similar approach worked for AQ. AQ’s video introduction on its Kickstarter page was especially effective in drawing in donors. “Make a good video. People responded well to that,” says Semmelhack. AQ opened its doors in early November.

Kickstarter is more than money. It’s also about reaching potential customers. Semmelhack estimates that 40 percent of AQ’s donors are strangers, rather than friends, family or colleagues. The high-level tiers of support in the $1,500 and $5,000 range were almost all strangers. Chang had a similar experience with making new contacts. “You connect with your audience. It’s a great way to tell your story,” he says.