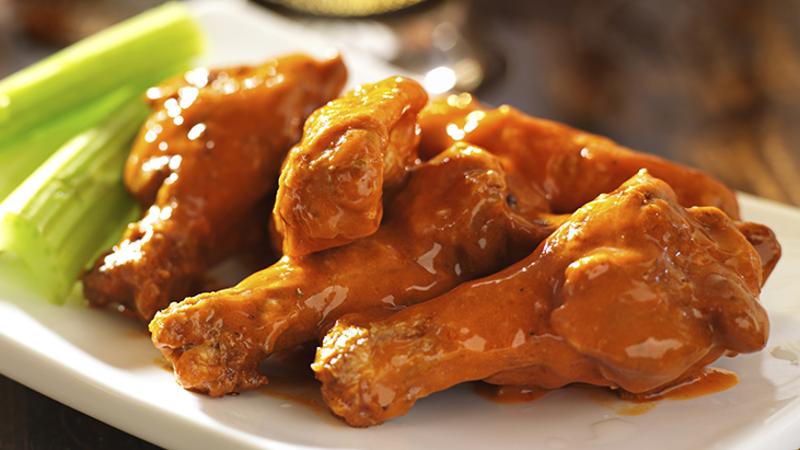 Buffalo Wild Wings is switching to a new portioning policy for its chicken wings to bring the menu price more in line with the cost to the chain.

Instead of serving a set number of pieces, the casual chain will factor the size of the wings into the count.

“If wing sizes stayed at the same place they are today, people would see a five, 10, 15 [or] 20 count as compared to the 6, 12, 18, 24” they get today, BWW CFO Mary J. Twinem explained yesterday to investors. She added that the count could be adjusted if the wings sold to the chain should trend toward larger or smaller sizes by the time of the July changeover.

Despite the lower count, customers will be getting the same volume of meat because wings have been getting larger, CEO Sally Smith said in the same conference call. “Our new servings will allow us to serve a consistent portion of chicken to our guests when the size of wings fluctuates,” she explained.

Instead of ordering by the number of pieces, customers will have a choice of snack, small, medium and large servings. The chain had tested the names “platter” and “feast” for its large portion, but switched to the more straightforward descriptor because customers expected the item to be accompanied by sides, Smith said.

The new volume-based portions have been tested at several dozen, including 40 corporate stores, since late last year, according to the BWW executives. One of the takeaways, Smith said, was the importance of training staff to explain the switch.

“It's very important that our servers and those taking phone calls for takeout orders really understand and can talk about the quantity of wings that you're going to be receiving that day,” she explained. She suggested that customers still want to know the count, even if they’re reassured about how much chicken they’re getting.

Smith noted that sales of wings in the test stores initially ebbed, then rebounded as patrons grasped that they were getting the same amount of food as they previously got.

Twinem noted that wing costs have been sliding, but still outstrip the year-ago price that BWW pays on a per-pound basis by about 9 percent. “The size of wings increased over both prior year and last quarter, and the result was that our cost per wing by the end of the first quarter was closer to 30 percent higher than last year,” she said.

Chicken wings account for about 20% of the brand’s sales, Twinem added.