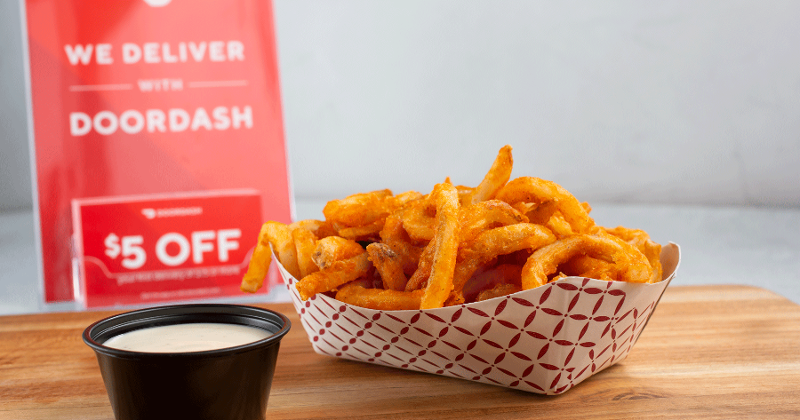 Wings are no longer the top food choice for football fans, according to the DoorDash Game Day Report released Tuesday.

During this NFL season, delivery and takeout orders of mozzarella sticks took the No. 1 spot, pushing boneless wings down to second place. Chips and salsa, Caesar salad and pepperoni pizza followed in that order.

Desserts rose to the top during Wildcard Weekend, compared to the same NFL playoff period last year. Churros led in the sweets category, up 464% from 2020.  Brownies were next, rising 405%, followed by banana pudding with an increase of 307%.

With the biggest game of the year coming up, operators may want to consider adding some of these items to their Super Bowl menus.

The DoorDash survey also revealed that 93% of Americans plan to watch the Super Bowl on Feb. 7, and 48% of respondents plan to order takeout or delivery for the big game.  Local restaurants can benefit, as 50% of respondents said they’re more likely to order from a neighborhood spot.

Frito-Lay’s new Snack Index also tracked the change in fans’ eating trends over the past year.  The research found that while large gatherings won’t be happening on Feb. 7, the company expects a 21% increase in snacking compared to previous Super Bowls driven by consumers staying at home. More than 40% of Americans are snacking more than they did last year.

Chips and dip are the top game-day choice, with salsa ranking as the No. 1 dip for the third year in a row with 42% of consumers surveyed.