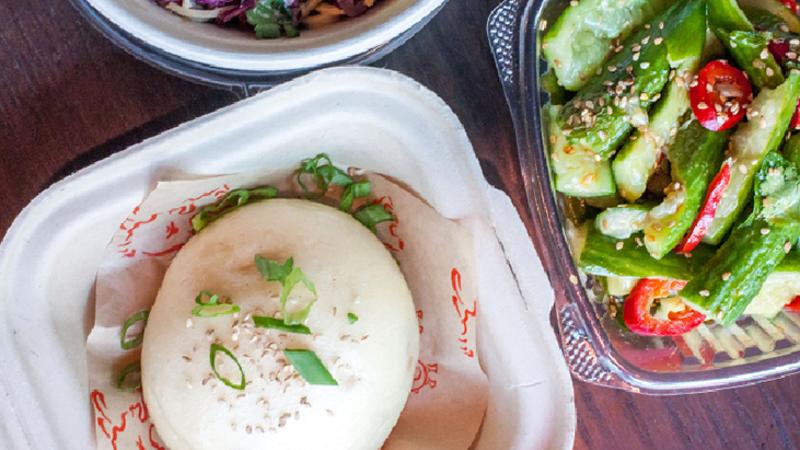 With dayparts blurring and real estate prices climbing, restaurants are finding new ways to maximize their space and staff with between-meal traffic. But it’s no longer enough to offer standard grab-and-go yogurt parfaits or hummus and crackers out of a display case. In fact, 42% of consumers say that their definition of snacks has changed over the past two years, with three in 10 now considering more foods to be snacks, according to Technomic’s Snacking Occasion Report.

Celebrity chef Stephanie Izard always wanted to open a restaurant that would fill the gap of spots offering “something good to eat between 2 p.m. and 5 p.m.” So she launched Duck Duck Goat, her newest Chicago restaurant, with that mission in mind.

In addition to lunch and dinner items, Asian street food-style snacks are available via a walk-up takeout window from 10 a.m. to 11 p.m.—including between traditional mealtimes when the kitchen is closed. Right now, ethnic bites present a growing opportunity to meet customers’ evolving snack expectations, says the Technomic report. Among the noshes offered only at the window: bao buns ($6) and veggie spring rolls ($9).

Izard’s snack-focused model also helped stretch sales in a smaller space. “Duck Duck Goat is not as large as my other restaurants, and offering all-day takeout helps bring up revenues,” the restaurateur says.

The limited space also inspired some snacks, Izard says. The window is manned by one order-taker and two cooks who use a little nook in the corner (separate from the restaurant’s kitchen) equipped with a griddle, fryer and steamer. The lack of a wok meant that Izard couldn’t menu fried rice, as she originally intended, so she created snackable deep-fried sticky rice balls.

Duchess, which opened in October in Oakland, Calif., serves a diverse surrounding community of young singles, couples and families, and is open from 7 a.m. to midnight on weekdays and until 2 a.m. on weekends.

The menu has sections labeled Brunch Snacks (ham and cheese donut is one) and Dinner Snacks (chicken frites, for example) to appeal to the all-day audience. From 2 to 5 p.m. each afternoon, the kitchen closes, so chef Candice Caris created a selection of cold snacks to grab and go.

“Service can be completely handled by FOH staff,” says Caris, whose packaged snacks include $5 to $7 chef-driven items such as smoked hen-of-the-woods mushroom jerky, salad packed into a mason jar and a sushiwich—smoked ham wrapped in nori with miso aioli and arugula.

Since “kids swarm the neighborhood when school lets out,” says Caris, she has smoothies, cookies and gluten-free snack mixes available. Duchess is extending a line of credit to parents of regulars so the kids can sign for their snacks. “We feel like we know what the community wants, and all-day snacks fit their needs,” she says.