We're not talking about simply being hassled for not paying the rent on time, but businesses dealing with unethical, nonprofessional, disastrously lazy or just plain wacko landlords. Want to contribute to the list? Email us at restaurantbusiness@cspnet.com. 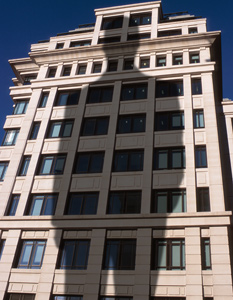 “We lease a space in a hotel property. Over the last 10 years, we've endured three different property owners, each with their own vision of what they wanted to do with the hotel. One time, after a disagreement with the hotel GM, he went so far as to tell other hotel tenants and employees that our restaurant was closing in two weeks and they would be taking over the restaurant.  We fell back on the lease and threatened to sue, going so far as drawing up the complaint. The hotel GM was muffled, and we've had a cordial relationship ever since.”

“We also depend on the hotel valets to park our guests' cars. There is available public parking nearby, but all parking on property is valet. On several occasions, the hotel was refusing to park our cars and turning our guests away, either saying they were too busy or there were no stalls left. We would always find open stalls, and they would claim to be ‘saving’ them for their guests. Our business suffered until we asserted that they were obligated to park all of our cars—and if they didn't, we'd refuse to pay rent.  They park all of our cars now.”

“I had a landlord who insisted that we had renewed our lease over the phone even though we had let our lease expire on purpose. When we left, the landlord was very unethical and thankfully we had a great attorney that was able to get him to back off. The landlord's attorney was his son, and we were concerned that the son could pursue us even though there was no reason to. The landlord acted like he did not know we operated a restaurant there for five years.”

“After signing a lease on our first coffee shop, we were told by our landlord that the 50's-style stool tops at the former breakfast counter were not included in the lease. I would have to ‘come to an arrangement’ with the previous tenant (who was a relative of the landlord) to purchase the stool tops. Not wanting to be taken advantage of, we decided that we didn't want the stool tops, and asked that the bases (affixed to the floor) be removed completely. The landlord didn't like this idea, because it would mean repairing the floor. So we were either stuck with a row of stool bases without tops, or we could purchase the tops from the previous tenant. We opted to purchase the stool tops from the former tenant—at a ridiculous price—to keep the peace.”

“I had a creepy landlord who would put me on speakerphone and ‘conferenced in’ her partner in another state, which didn't seem like a big deal at the time. The partner always seemed distracted, which was weird. But I found out years later that they did that so they could legally record the conversation (from the partner’s phone), since phone recordings without consent aren't legal in Florida. I ended up selling my restaurant, and eventually the landlords ended up in legal trouble with other tenants.”

Want to contribute to the list? Email us at restaurantbusiness@cspnet.com.

May was a huge month for dining in