Why Carlisle? LYFE Kitchen burst onto the scene with powerful vets at the helm: former McDonald’s C-suiters Mike Roberts and Mike Donahue. This summer marked a changing of the guard as Carlisle Corp. invested in LYFE, acquiring a minority stake in the better-for-you chain and tapping the junior Carlisle to lead the brand. With LYFE’s growth in high gear (it’s opened seven restaurants since he was named CEO in June), he’s hit the ground running. While the Mikes remain strong and present mentors, Carlisle handles day-to-day operations. This isn’t his first restaurant gig. He’s been president and COO of Wendelta Inc., Carlisle Corp.’s 77-unit Wendy’s franchisee, since 2008. And he’s pulling double duty, maintaining both jobs while keeping the brands  separate. 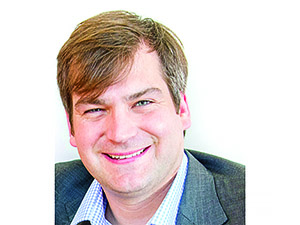 Are you planning to make any big changes as CEO?

No, the changes we’re implementing were under development. They’re just enhancements. The brand is doing well and is well received; we don’t want to do anything that would take us a step back.

What do you expect in moving the headquarters from California to  less health-focused Tennessee?

I think misconceptions create the greatest opportunity to make money. It’s easier to sell health in a market like California, but that doesn’t mean people in the Southeast don’t want to eat healthy ... It’s also significantly easier to operate in the Southeast in terms of cost, so we might not see the same average volume as California stores, but I see no reason to think the Southeast would be any less profitable.

LYFE has some franchisor background with its founders. What do you bring as someone who has been in the franchisee’s shoes?

I believe in a model that values and listens to franchisees, since they can provide a lot by their ability to be in the restaurant day to day. I’ve got a tonality and sensitivity to it that’s a little different.

What does your company contribute to the chain?

Some of our strongest attributes are our ability to develop a concept, from real estate, to understanding how branding works, to operating a kitchen. We’re not like the traditional private-equity firms. We’re restaurateurs with four-plus decades of hospitality experience. It’s more of a pure play on the restaurant-operator experience.