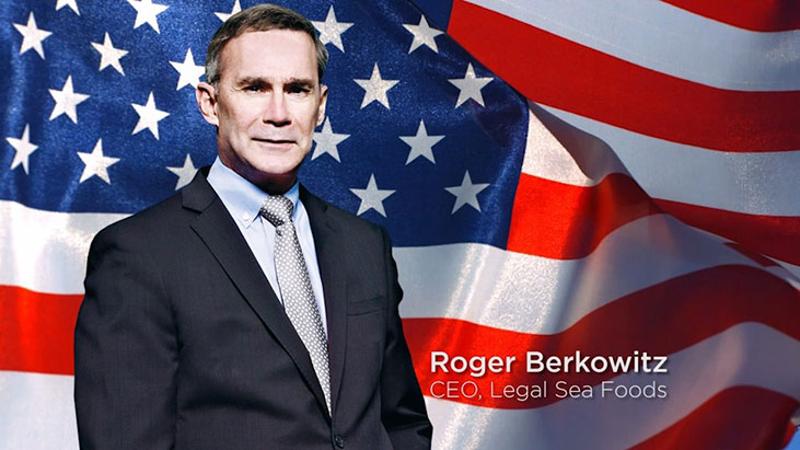 The Legal Sea Foods polished-casual chain began airing tongue-in-cheek commercials this week that put forth CEO Roger Berkowitz as a presidential candidate as bluntly candid and outrageous as Donald Trump.

In three separate spots, Berkowitz comes out for gay rights (“We proudly serve rainbow trout”), against a Mexican-border wall (“Who will enjoy our delicious fish tacos?”) and for the legalization of recreational substances (“My first act in office will be to legalize seaweed”).

Each 15-second spot features a picture of Berkowitz silhouetted against a flapping American flag and his voiceover. “I’m Roger Berkowitz, and I approved this message,” he concludes.

The spots started airing on Super Tuesday, the night of seven presidential primaries. The ads were shown in Boston, Legal’s home base and major market, and will be rolled into other areas in coming weeks, according to the company.

Print ads playing off Berkowitz’s run for president will also be used, and the “campaign” has created a hashtag, #feeltheberk.