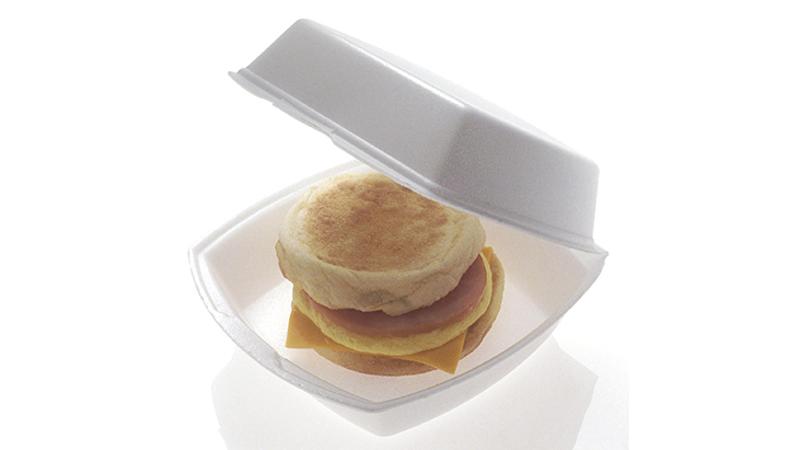 Restaurants that have not yet abided by New York City’s new ban on polystyrene takeout containers are likely to discover what early adjusters learned weeks or months ago: Compliance comes easy, but at a price.

“There will certainly be an increase in cost for restaurants that need to change their containers,” said Andrew Rigie, executive director of the New York City Hospitality Alliance, an association of restaurants, taverns and hotels. “Some may determine they need to adjust their menu prices to cover the increased costs.”

A 2013 study by MB Public Affairs forecasted that abiding by the law, which takes effect Wednesday, would increase a takeout business’ packaging costs by 94 percent if each banned container is replaced with an equal-sized legal carrier of the lowest price. It attributed the steep increase to the decreased functionality of non-polystyrene containers and the need to “double-cup” or spring for more expensive choices.

Large chains intend to absorb the higher costs of alternative containers. Dunkin’ Donuts, which has traditionally sold its coffee in polystyrene cups, is rolling out recyclable polypropylene containers at all New York City locations to comply with the law. The environmentally friendly cups are more expensive to produce, but there are currently no plans to increase prices, though franchisees retain that option, said Christine Riley Miller, Dunkin’s senior director of corporate social responsibility.

Smaller operations say they are unable to absorb the higher costs but are reluctant to pass on the burden to customers. Two days before the ban was to take effect, Manuel Fajardo, manager of Deli Corp. in Queens, still didn’t know how his buffet-style operation would contend with the law. “Everything else costs double — where will we get the money?” comments Fajardo. “If we raise prices we will lose customers and that’s another problem.”

While the polystyrene law allows restaurants with annual sales of less than $500,000 to apply for an exemption, owners must prove purchasing alternatives causes “undue financial hardship.”

Robert Jackson, president of the Restaurant Action Alliance, a group of New York restaurateurs and residents fighting the ban, stressed in a statement that the application process is overly burdensome. Even if the process is completed as required, the exemption may not be granted to all eligible restaurants, and some restaurants may still be barred from using polystyrene containers if their suppliers are unable to obtain a waiver, he added.

New York is the largest U.S. city to ban polystyrene takeout containers, but officials hope it will not be the last.  They suggest that local restaurateurs should, too.

“These products cause real environmental harm and have no place in New York City,” Mayor Bill de Blasio said in a statement. “We have better options, better alternatives, and if more cities across the country follow our lead and institute similar bans, those alternatives will soon become more plentiful and will cost less.”

Minneapolis enacted legislation earlier this year that requires all restaurants to use recyclable, reusable or compostable packaging for dine-in and takeout food and beverages. The transition to more ecologically friendly containers was relatively smooth, said Dan McElroy executive vice president of the Minnesota Restaurant Association.

“Many restaurants had been moving away from non-recyclable materials prior to the ordinance in response to consumer preferences,” he said.

He acknowledged that some restaurants did raise prices, but noted that other factors, like rising food and labor costs, figured into the decision.

John Schiltz, owner and chef at The Lake Elmo Inn in Lake Elmo, Minn., wraps leftovers in recyclable aluminum foil shaped like a swan to cut down on waste, though the ban does not directly apply to his restaurant.

“I do it because that’s what I choose to do,” Schiltz said. “The customers don’t like Styrofoam. People are very proud of that swan compared to a bag. It sends a message that we are environmentally friendly.”