Chef Paul Kahan’s Big Star, a Mexican restaurant in the Wicker Park neighborhood of Chicago, is turning into a center to feed unemployed restaurant workers. Starting March 24, the Restaurant Workers Relief program will provide free dinners and bags of groceries seven days a week throughout the quarantine period.

The program is funded by Big Star’s parent company, One Off Hospitality, in partnership with Louisville, Ky.-based chef Edward Lee and Maker’s Mark bourbon. The meals will be prepared by Kahan and One Off staff, who intend to pack 250 dinners to go and grocery bags each night. Pickup time is 5-7 p.m., and recipients must show proper ID and have paperwork to prove recent employment at a restaurant, such as a pay stub. Social distancing guidelines will be enforced. 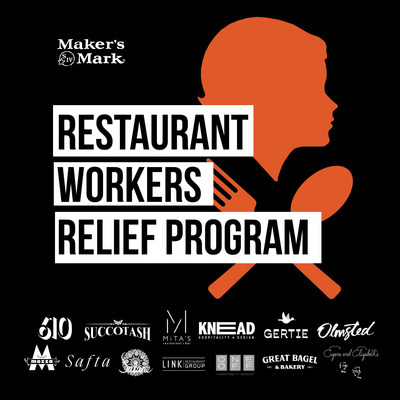 “The spread of Covid-19 has been disastrous for the restaurant community and so many hardworking employees are now unable to collect a paycheck,” said Kahan in a statement. “We’re so thankful for Maker’s Mark and chef Edward Lee of The LEE Initiative for stepping up to provide for these workers, who are truly the backbone of the hospitality industry.”

The Restaurant Workers Relief program launched on March 17 out of the catering kitchen of Lee’s Louisville restaurant, 610 Magnolia, initially serving 400 unemployed individuals. In addition to Chicago, it has since expanded to restaurants in other parts of the country, including Mita’s in Cincinnati, Chi Spacca in Los Angeles, Salare in Seattle, Safta in Denver, Olmsted in Brooklyn, Succotash in Washington, D.C. and Cochon in New Orleans.

The public can support Big Star’s program and others by donating to the LEE Initiative. Donations of nonperishable food and supplies such as diapers, toilet paper and paper towels can be made through Amazon delivery directly to Big Star.