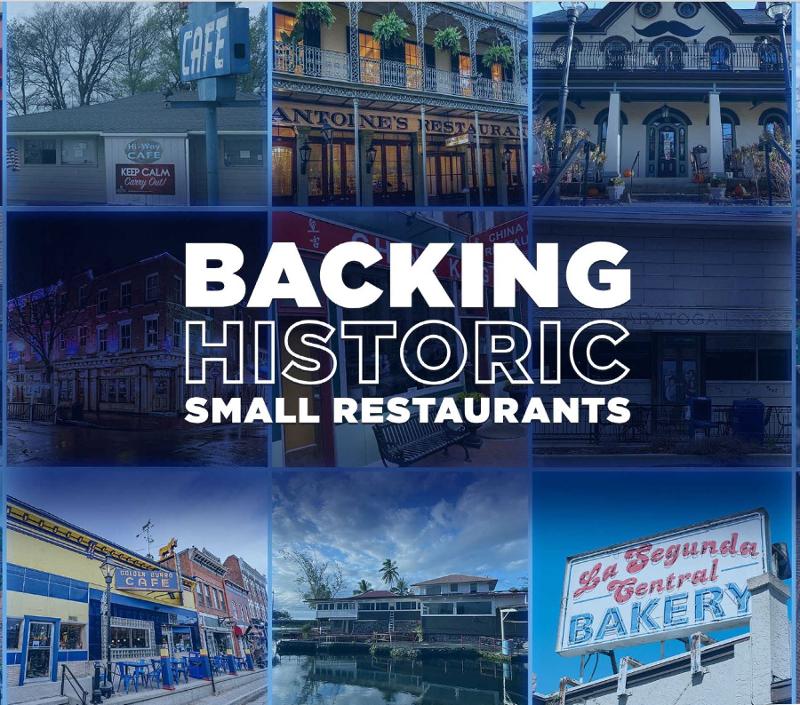 Twenty-five historic independent restaurants, including Antoine’s Restaurant in New Orleans and Rainbow Chinese Restaurant in Minneapolis, have been named recipients of $40,000 grants from American Express and the National Trust for Historic Preservation, the groups announced Thursday.

It’s the second year the organizations awarded $1 million in grants to preserve restaurants with long histories in their communities.

The grants are offered to help with updates such as creating outdoor seating, maintenance of historic spaces, marketing and operations.

“These establishments have served their communities for decades, and they represent a diverse collection of cuisines and cultures that are integral to the fabric of their neighborhoods,” Madge Thomas, president of the American Express Foundation and head of corporate sustainability, said in a statement. “Backing small businesses is central to who we are, and we are proud to support these historically significant restaurants in partnership with the National Trust for Historic Preservation.”

The first round of grants launched in February 2021, a response to the impact of the pandemic on these small operations.

Grant recipient Penn Brewery and Restaurant in Pittsburgh is a majority woman-owned business that operates out of a facility from the 1800s.

“Community is very important to Penn Brewery, especially supporting local non-profit groups who help new artists and musicians as well as bringing awareness to the history of the neighborhood,” the restaurant’s owners said in a statement. “We’re very excited for our customers to see what the space will look like now that we have an option for covered outdoor seating.”

The 2022 grant awards focused on restaurants that have been in business for at least 25 years, operating in historic buildings or neighborhoods.

Organizers said they received thousands of nominations of “cozy cafes, delicious dives and other beloved restaurants that have stood the test of time.”