Overbuilding is often cited as the reason for restaurants’ moderating sales growth, but the data tells a different story, according to Hudson Riehle, SVP of the National Restaurant Association’s research and knowledge group. Restaurant supply and pent-up demand improved, yet sales and traffic were less than robust.

So what dynamics are really coming into play? Riehle sees other factors having far more impact. Here’s what he revealed about the influences shaping the industry’s performance in the new year.

Q. Before we get to what the industry can expect in 2019, give us a sense of how the restaurant business closed out 2018. Did it end the year on a high note?
2018 was another year of moderate growth for the restaurant industry, with strong geographic variations sustained. Since the recessionary period [of 2008], it was the ninth consecutive year of growth. The data is quite clear that the sales growth rate has moderated, however.

Q. What does that signal for 2019?
Employment and income growth overall will continue to be moderate, and that suggests continued moderate growth for the restaurant industry. When you have underlying population growth and allied growth in employment, the industry benefits. When people are employed, they have less time to spend on food preparation, and more income for buying food prepared outside the home.  Over the next decade, there’s still going to be an increase in sales, just a slower growth rate. 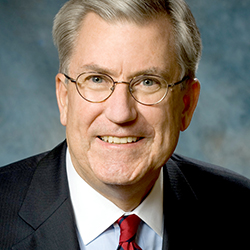 Q. You mentioned some geographic variation in that moderate growth. What areas are likely to fare better or worse than the industry as a whole?
The areas with the highest population and employment growth will benefit the most.

Regarding population growth over the next 10 years, there are roughly 10 states that have less than 1% [projected growth]. You compare that with Arizona, Nevada, even Washington—they’re really entirely different markets. It’s really a different set of fundamental underpinnings.

Q. Will delivery continue be a sales driver, or is the bloom off that rose?
Right now what we’re seeing is a glimmer of what’s ahead, a leading indicator. It is not a fad, it is a long-term trend. It’s still relatively small. Of all restaurant traffic today, 3% is delivery. The potential is considerable. It’s the equivalent of the implementation of the drive-thru.

Q. What about the supply of restaurants? Are we likely to see continued expansion?
The number of establishments increases by one percent a year. There are now more than a million establishments in operation.

Q. You may be the only economist we know who isn’t blaming the industry’s problems on an oversupply of restaurants. It sounds as if you believe population, income, and job growth are far more influential factors on the industry’s performance.
You are absolutely correct in that assessment. If you look at the number of restaurants per capita in the U.S., in 2017 it was at a record high. Yet, overall sales growth was moderate in 2018.

The more important aspect to keep in mind is, what is the competition? Operators used to look at competition as similar restaurants. Now, if you look at the competition for spend, there are all these competing and escalating spending areas that compete with getting the dollar into the foodservice arena.

The challenge for the industry is the portion of household spend on food today, it’s 13%. That’s decreased. There are just so many other things competing for that spend.

Q. So you’re not just talking about competition from supermarkets and other sources of food prepared away from home?
That is correct.

What’s needed is a linking of restaurant spend with other necessary spending categories. Grocery stores, they’ve long linked their grocery expenditures with gasoline discounts, for instance.  There are even insurance firms that link their premiums with the purchase of healthy foods by customers.

How the industry is utilized and how loyalty is developed is rapidly changing, probably faster than the operational side is changing.

Q. So are the boom days over for the restaurant industry?
The restaurant industry of today, it’s really a collection of many industries. I have no doubt there will be rapidly emerging segments. If one has a very well-thought-out and focused business plan, it’s certainly possible to get growth rates considerably above the industry average.

There is still ample opportunity. It just requires a much greater understanding of the dynamics of the business and aligning it with where that growth will be.

When you think about what’s gone on with many of the publicly traded chains and the asset-light model, the pop-ups and food trucks, and third-party delivery providers, the fact is there will always be demand for that sort of innovation.

Q. What innovations do you expect to be differentiators in 2019?
The ability to deliver alcoholic beverages along with food. It’s quite clear that consumers, and younger cohorts in particular, would like to have alcohol and food delivered by the same party.

The other interesting development is what’s going on in how payment is handled.  Looking back at how patrons pay in restaurants, it really hasn’t changed that much in 100 years. Either you pay before or after the meal. If you look at it now, consumers know they can now pay far in advance through subscription models. This notion of paying at the actual time of consumption is more and more outdated.