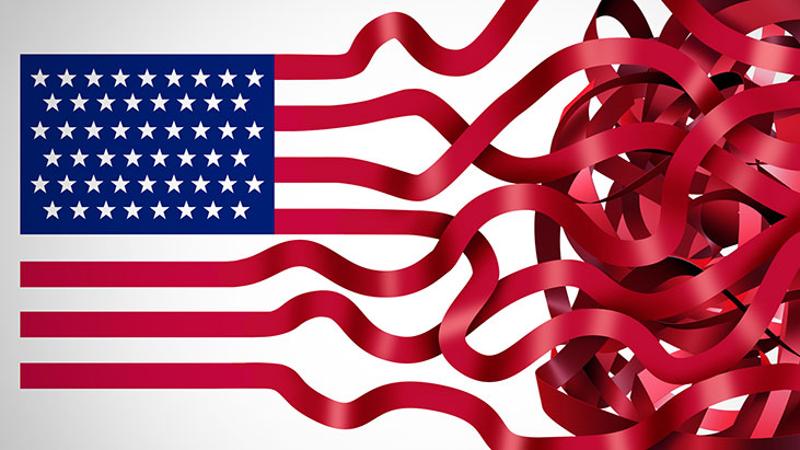 Boy, how times have changed. Or, at least, how they might possibly change. When Restaurant Business first did our disruptors list in 2014 on the people and forces that could forever change the restaurant industry, we put President Obama on the cover. At the time, we dubbed him the DOTUS—Disruptor of the United States. Several years into his presidency, the Affordable Care Act was already underway, but there was still uncertainty surrounding the workforce. At the time, the Department of Labor was still mulling over changes to overtime regulations, and he’d just confirmed David Weil—who’d previously argued for holding franchisors responsible for franchisees’ actions—as head of the DOL’s wage and labor division, making NLRB one of the scariest acronyms in the business.

Fast forward two-plus years. Once again, the soon-to-be POTUS leads our list of The New Disruptors. Full disclosure: When we first started brainstorming ideas for the cover of this month’s issue, we didn’t plan on featuring the president-elect…And then the results came in. How could we not pivot the plan when Donald Trump pulled out the upset—at least from what the pundits and pollsters predicted—given his background as a career businessman, not a seasoned politician?

His track record with his own businesses has showed that some of his positions may prove beneficial to the restaurant industry, based on his campaign comments on Obamacare and overtime. Other areas—like immigrant workers—not so much. The one thing that we can be sure of is that we don’t know, well, much. There’s an air of uncertainty about what will happen come Inauguration Day. And that uncertainty itself is poised to be one of the biggest disruptors to business as usual.

But before we jump into the new year, here’s a quick update on a couple of the other disruptors we mentioned in our initial roundup.

Chipotle: The onetime industry darling is still a prime example of a brand that all restaurants look to, but now it’s as much a cautionary tale as a guidepost by which others measure their own success. The food safety issues that started plaguing the chain at the beginning of the year have led comp sales to take a nosedive, despite the brand’s efforts to assure the public it has taken many steps to rectify the situation. It doesn’t help Chipotle’s image that its CMO, Mark Crumpacker, was arrested on drug charges this summer, either.

The hyperfussy consumer: Two years ago, we reported that consumers wanted to be able to customize their local, healthy, GMO-free meals. Well, consumers still want healthy, but 42% say their definition of health has changed over the last two years, according to Technomic’s Healthy Eating Consumer Trend Report. Now, sustainability terms are gaining more traction, and consumers are looking for “clean” foods.

1. The bitch that is mother nature

Weather has been partially blamed for the downturn in restaurant sales, and its unpredictability and harsh temperament could plague operators down the road. There’s also the potential impact on crops, and thus costs, which may explain why so many operators want weather as a factor in predictive ordering models.

“Loyalty is nothing more than the absence of something better,” says Howard Tullman, CEO of Chicago tech hub 1871. And with innovation happening daily, consumers quickly jump to the next cool thing.

Another disruptor that made the list two years ago almost made it again, though this time not for the connection to consumers, but for the potential impact on operations, from training to labor management to supply management.