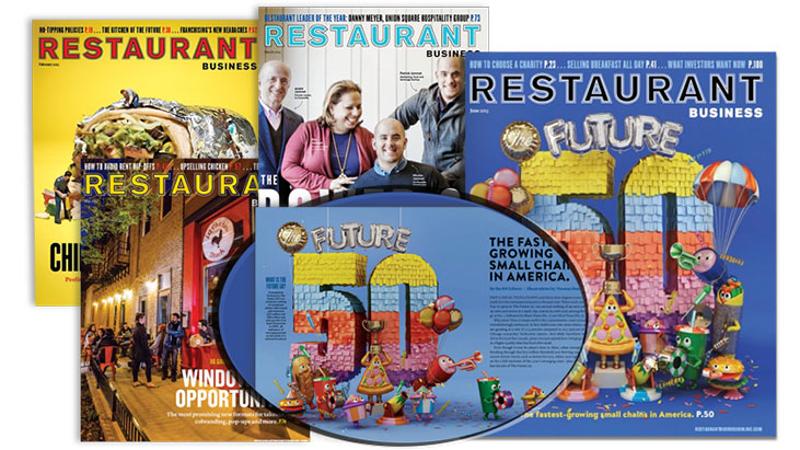 Restaurant Business has been named the Magazine of the Year by the American Society of Business Press Editors, the national association of writers and editors who specialize in business-to-business media.

RB was chosen from a field of 10 finalists that included such respected B2B titles as Architect, The American Lawyer and Automotive News.

“It is an honor to be recognized by a group like the ASBPE for creating a new sort of magazine—B2B content delivered with the readability, style and compelling presentation of a leading consumer magazine,” said RB Editor Kelly Killian. “We’ve worked hard since recasting the magazine in January 2014 to make it the best in all of business publication. We’re proud that the ASPBE said, ‘You’ve done it.’”

The ASBPE named the Magazine of the Year as the grand finale of its annual awards banquet, held Friday night in New York City. The award is regarded as the most prestigious honor bestowed by the group, particularly in the open-ended category of publications with revenues exceeding $3 million in revenues (a publication is also named in the lower category of magazines with less than $3 million in sales.)

McDonald's: 'We have photos proving Easterbrook's misconduct with staff'

Chipotle teams up with skateboarder Tony Hawk on esports promo