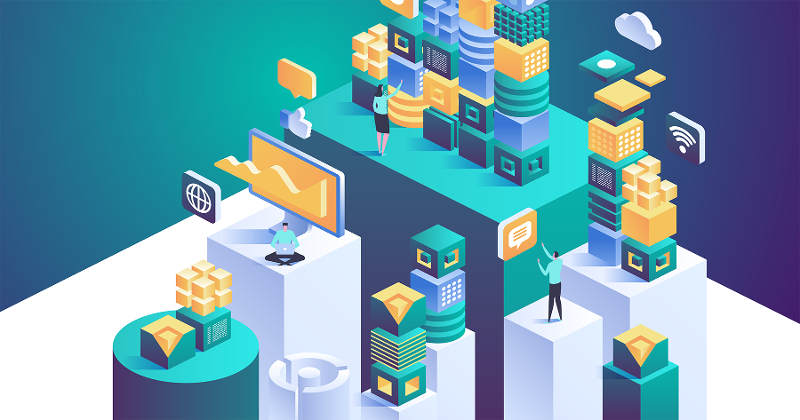 Understanding how the open-source digital tracking system called blockchain can impact a restaurant’s supply chain often starts with dismantling the hype around it.

A blockchain is a shared, digital database of information that’s meant to increase transparency among users. No data, once entered, can be deleted or changed, and everyone connected to the blockchain can see everyone else’s fingerprints on the shared information. Ideally, it’s a faster, more accurate way to monitor supply chains: Restaurant operators can check the blockchain to confirm the day’s shipment of tomatoes came from the promised farm and never sat in transit above a set temperature, or they can trace a bad batch of produce down to the moment it was harvested. Smart contracts, another benefit, can automatically execute payments to vendors once the product reaches its destination within the agreed-upon parameters.

However, the technology won’t produce data where none existed before, so if a supplier or distributor is not currently monitoring their products at the level that blockchain requires (and dispensing that data in a common format, using the same technology provider or language), blockchain won’t solve that problem. It also won’t vet any entered data to ensure that it is accurate when it is uploaded. While blockchain may have been touted as the savviest way to track a tomato, it isn’t a one-size-fits-all solution to achieving greater supply chain traceability.

“Blockchain got so much hype—some of it real, some of it not—that people got a little tired of hearing about it,” says Kevin Otto, senior director, community engagement for GS1 US. The not-for-profit organization produces a highly regarded set of data standards that foster transparency and collaboration across the supply chain industry. “But there is a lot of value in exploring it if you have the right foundation to start."

According to Otto, the first question anyone considering implementing blockchain technology along their supply chain should ask is: “Am I able to capture and share data about supply chain events right now, without blockchain?”

“If the answer to that is no, then I don't think you really want to start looking into blockchain yet,” Otto says.

“There is a lot of value in exploring [blockchain] if you have the right foundation to start." —Kevin Otto, GS1 US

Lucelena Angarita, director of supply chain systems and standards for Independent Purchasing Cooperative (IPC), leads the team that manages supply chain data across Subway’s network of tens of thousands of restaurants. The team attempted a blockchain pilot over the course of six months last year and concluded that, for now, it was not the right solution for IPC.

Some of the core components of blockchain, such as the fact that information cannot be changed or erased, made for too many headaches if each of IPC’s 500 suppliers and distributors weren’t uploading their data correctly every time. Angarita and her team would have also had to convince every one of those 500 trading partners to use the same blockchain service in order to upload data in a common language—which led to concerns around sharing private information with direct competitors.

Chipotle Mexican Grill, a company whose past supply chain issues are often cited as the reason why a restaurant chain might consider implementing blockchain, hasn’t gotten on board with the technology yet, either. “Blockchain is on our radar. However, we are focused on strengthening other parts of the process including incremental technologies first,” says Carlos Londono, Chipotle’s vice president and head of supply chain. The fast-casual chain started developing a supply chain traceability program in 2012 that currently involves stakeholders down to individual restaurant managers, but there are still too many variables to successfully implement blockchain at this point.

“The objective [of blockchain] is to improve the quality and taste of the items by knowing all the data across the supply chain,“ says Riccardo Accolla, director of digital food science at Ripe.io, a food supply chain platform that is responsible for implementing Sweetgreen’s blockchain program, among others. “But there needs to be willingness from all the partners to play the game, to collaborate.”

At IPC, the magnitude of scale at which the company operates brings supply chain priorities into sharp focus. It took three years to get 98% of the products shipped along Subway’s supply chain accurately barcoded for traceability, Angarita says. While keeping track of produce temperatures at a minute-by-minute level and executing smart contracts are nice ideas, Angarita is first devoted to simply increasing supply chain traceability to be able to prevent the spread of foodborne illnesses, and that work can be done with the cloud-based traceability system that Subway currently uses.

“Blockchain is still something we’ll keep our eyes on, because it could have many business applications,” Angarita says, noting that the technology will be useful to keep a crystal-clear record of plant audits and other food regulatory requirements. “It will be a powerful tool, but [implementation] will take time. It’s not a monthslong project. It’s years.”