With so much talk about the labor market being tighter than ever, just how hot is it now? Restaurants added 40,700 jobs at the end of 2018, for a total increase of 235,000 last year, according to federal data. The industry now employs nearly 12.1 million people. Meanwhile, the U.S. unemployment rate remains under 4%.

Those numbers are adding up to desperation for restaurant operators, many of whom are beginning to think outside the box when it comes to recruitment and retention. These four operators have gotten creative in the seemingly endless quest to find—and keep—employees, playing to the needs of their local employee base.

Sous chefs and other cooks at mezcal-focused Mexican restaurant Quiote in Chicago get to experience what it’s like to be an executive chef during a series of pop-up dinners. The up-and-coming chefs fully own the creation and execution of the tasting menus.

To aid in the process and serve as a mentor, the restaurant’s owners share their guidance, along with a dedicated PR and marketing team, to make the Off the Record Test Kitchen dinners a showcase for these emerging chefs. Quiote Executive Chef Ross Henke says he hopes the experience provides professional development for his cooks while building kitchen morale. 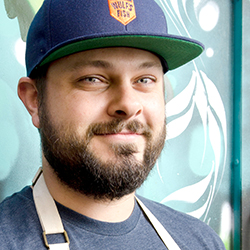 "Usually we see kitchen staff changes happen between January and April, but once we announced this series to them, the team became really excited and has been coming up with so many new ideas for it. They feel reinvigorated after the holiday push, and I hope to see it continue during the dreary months leading up to spring.”
—Ross Henke, on Quiote's
rising chef showcase

The oil and gas industries are king in the small, rural West Texas town of Monahans. So when David Cutbirth (also the town’s mayor and a longtime local businessman) decided to open a Bennigan’s franchise about seven months ago, he knew he’d struggle finding 60 workers to staff the casual-dining restaurant. He gutted an old church, located about a half-mile from his restaurant, and turned it into a daycare center that currently serves about 30 children of Bennigan’s employees. Employees pay $2.20 per hour for child care, a service that’s subsidized in part by Texas, Cutbirth says. What’s more, he opened an RV park for employees and is at work building some 40 new homes in the area. “Housing is critical to us,” he says of his area, where many residents live in hotels, and housing for women and children—aka non-oil workers—is not easy to come by.

There are other ways of building staff camaraderie besides hitting the bars post-shift. At Chicago’s upscale Blackbird, Chef de Cuisine Ryan Pfeiffer hosts late-night cooking classes and culinary competitions in his kitchen after hours for his chefs and others from nearby restaurants. Previous “After School Demos” have taught chefs how to break down a whole pig, Japanese fish-slaughtering and how to prepare a French galantine. After learning the skills, the cooks compete against one another to see who does it best.

Adding a 4% “hospitality provision” to each check is allowing the owners of Fat Rice to provide healthcare benefits for the 40 employees at the Chicago restaurant, which highlights the homestyle foods of Macau. Partners Abe Conlon and Adrienne Lo started adding the fee to checks in January. It’s meant to cover a portion of the health insurance, while also increasing the wages of kitchen workers to minimize the wage disparity with tipped employees. “If someone is that upset about it, truthfully, that’s not the kind of guest we are interested in serving,” Conlon told the Chicago Tribune.