The minimum wage will rise in 22 states and local jurisdictions at 12:01 a.m. on Monday, according to a compilation by the Employment Policies Institute, bringing a number of regions closer to a rate of $15 an hour and pushing San Francisco through that barrier.

The biggest increases will come in the California cities of Alameda, Fremont and Milipitas, which will all see an increase of $1.50 an hour. Restaurants in Fremont that employ fewer than 20 people will see a more moderate rise.

The pay floor for San Francisco and Berkeley, Calif., will rise by 59 cents, to $15.59, which is believed to be the highest in the nation, narrowly outstripping the minimum for Seattle.

Seven of the eight jurisdictions breaking the $14-an-hour barrier are located in California. The lone exception is Washington, D.C., whose minimum will rise by 75 cents, to an even $14.

The Employment Policies Institute is a conservative think tank. It notes that the increases come as Congress is considering proposals to raise the nationwide minimum wage to $15 an hour, or what proponents such as Sen. Bernie Sanders calls a living wage. 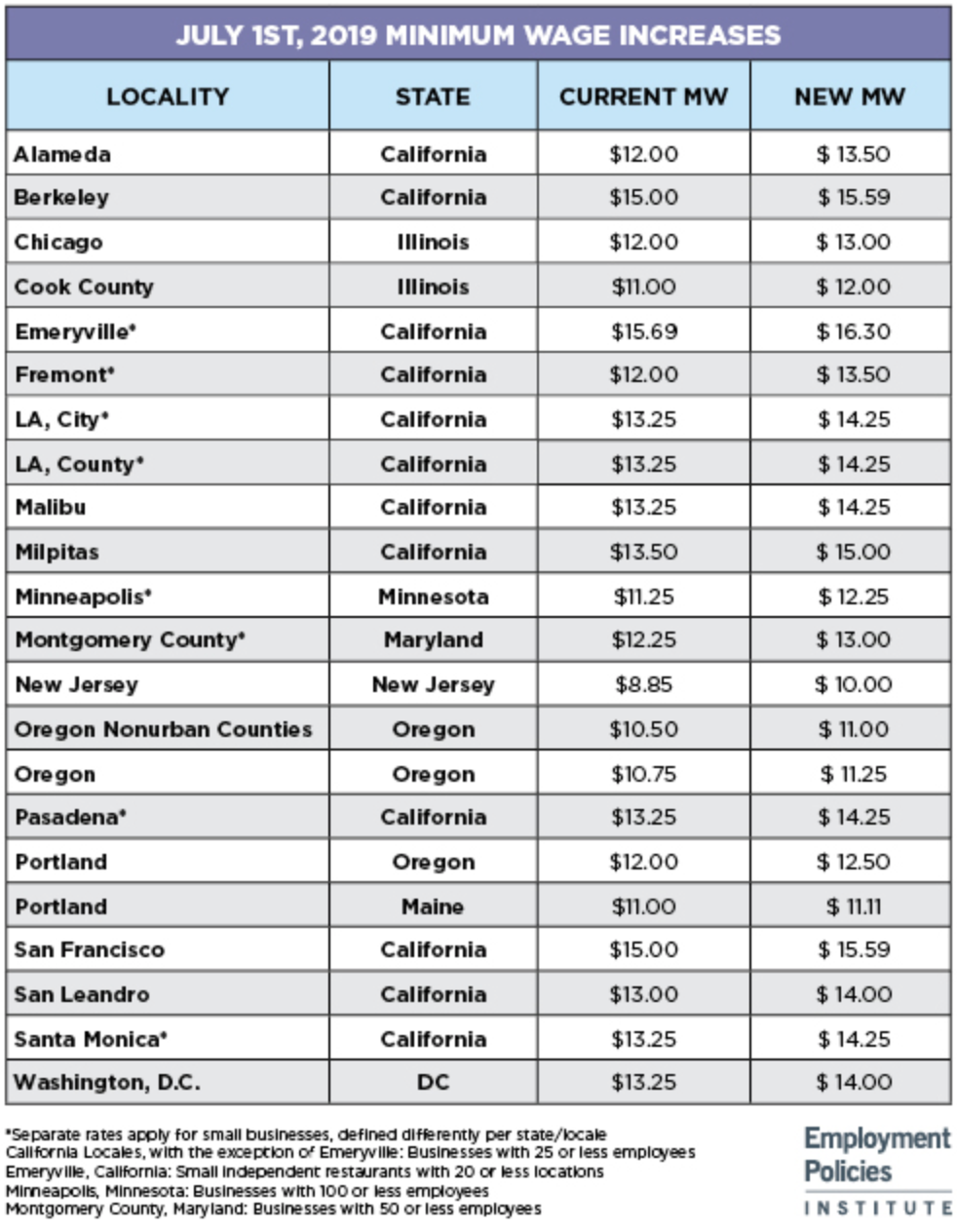